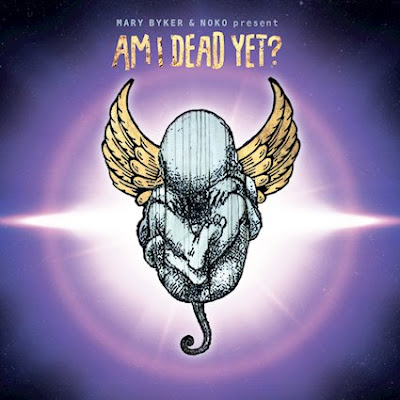 This was not what I expected going into this album. It is dark, it however is dark in the same way the Doors can be dark or Nick Cave and Leonard Cohen. It makes sense that some of the guys have worked on soundtracks to movies as I can hear these songs popping up on a Tarantino movie as it has a very 60s feel to it . I like the steamy sizzle the first song struts with, but the question is can they keep my interest for the rest of the album in a similar fashion. There is more of a Neil Diamond vibe to "Solid Gone' . One of this album's strength is the flamenco guitar that is sprinkled about it. In fact it is more dominant than any typically rock guitar sound.

There more western mood of what they do trades places with the more 60s folk thing on "Joe Meek Shall Inherit the Earth. "Ghosted " is really well written, but ti feels like I am taking a stroll through a park in a New York, which is the same way Neil Diamond makes me feel. "  There is almost more of a dark  country feel to the rambling brooding of "People Are Dangerous". The chorus has more of a croon to it. "Wasted[' sounds like their main inspiration is  to get drunk and listen to "Girl You'll Be Woman Soon". This is a much more drunken take on the Neil Diamond thing they have going. The electronic elements they add to " Futuristic Paranoia" help to give enough of a twist to what they are doing to freshen it up.

"Master of Diguise" switches things up yet again though this time there is a weird element like it is from a David Gilmore solo album. With "Fake Flowers" there  is a more U2 like thing going , if perhaps they have Nick Cave guest on a song. I do not like this sound as much because it is not as dark. It ends with more shadows returning for "Thanks For Sharing". The slight Pink Floyd influence could be mistaken for the Doors if you did not listen close enough, by Pink Floyd I am referring to "the Final Cut". I will give this album an 8.5, sometimes it has an identity crisis , but the overall feel it cool.
Posted by Wilcifer at 2:14 PM

Email ThisBlogThis!Share to TwitterShare to FacebookShare to Pinterest
Labels: album review, Am I Dead Yet, dark Americana, rock, western