Sear Bliss : "Letters From the Edge" 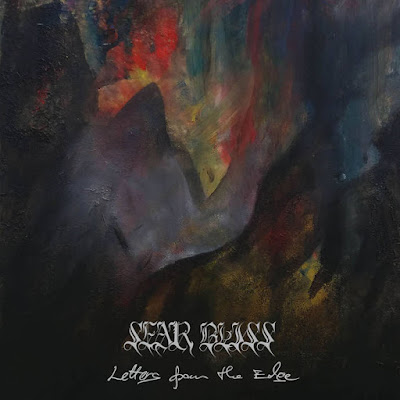 Hungarian metal band Sear Bliss begins to trade it's black metal roots for a touch of death metal. They have always been adventurous. They wander off into melodic passages to provide a wider range of dynamics than your average metal band. They manner in which this goes down on the first song reminds me of 90s bands like Samael or Tiamat. "Seven Springs" gets more symphonic, but this happens in a very organic fashion. This also brings a more romantic element that places it more toward the black metal side of the fence. The melody to "A Mirror in the Forest" carries a majestic march that gives it a more viking metal feel, in it's sense of high fantasy. At the solo it gets a little darker, but darkness doesn't seem to be what this album is about.

This album is colored with a wide range of guitar tones and benefits from excellent production value all the way around that doesn't forsake their edge. As a whole their sound seems to be going in more of an Enslaved direction when they are ready to rock. Low almost spoken vocals wait until the second act of  "Abandoned Peaks"  to come in. These guys get credit for writing very concise songs, only once do they tip the ten minute mark, which is cool because it makes it stand out from the other songs. "Haven" is slower and more straight forward, a step more towards a mainstream metal direction. They go a more straight forward death metal route with plenty of melodic nuances on "the Main Devide" . They stay in this more moderate but dark and heavy almost rock n roll direction for "Leaving Forever Land". This is the ten minute song so there was plenty of time for them to revert to blast beats so that happens. Five minutes in and I am trying to figure out if there is any where else for them to go with this that is more worthwhile. It breaks down into cleaner guitar tones that lead to a more deliberate and melodic section.

The album closes with "Shroud", another song that finds the band stepping down a slicker more stream lined direction. The growled vocals the only thing really anchoring it to being a metal song. The horn section joins in to give an added symphonic kick. This album really excels and shows growth. I am sure some might frown as it is not as cvlt as their old black metal fan base might prefer, but it's good music and that is hard to argue against. I'll give it a 9.