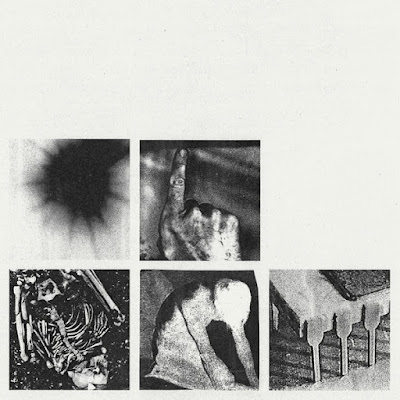 The final installment of Reznor's trilogy of eps dropped. This was an exploration for him as to where he fit in the world today. Going into this I had perhaps read too many interviews. The stage was set too well. The production on the first song is a little weird. It feels muffled by the distortion almost like it is trying to hard. There is guitar but it doesn't sound heavy. The muffled distant mix continues with the hip hop inflected break beat of "Ahead of Ourselves". While I like the vocals to this song better than the first song, I'm not really getting blown away here. The chant the song ends in is not that hooky, leaving this song just shy of standing up against even his most recent efforts.

The ambient abrasion employed on "Play the Goddamn Part" makes this like the audio equivalent of Twin Peaks, so it's not surprising Lynch featured Reznor on an episode. There is more ambiance than there is song leaving this as a more abstract interlude than something needing your attention.  With the sax and frenetic break beats I can hear how this is an almost blatant homage to Bowie, with Reznor trying to do his best croon. To his credit these songs are fairly compact. "I'm Not From This World" is another atmosphere noise-scape. I listened to it once and deleted it which is about what it's worth.

"Over and Out" closes the album. It's a slower groove that pauses to let the bass line simmer in the middle. We are three and a half minutes into it before the vocals come in. There is another Bowie like vocal that comes in to make this song more enjoyable at least for me in that regard, but I would not say it's Reznor's best work. Then there is two mins of ambient noise that closes this song. So despite the fact he wants you to think of this as an lp there is a ton of  dead air wasting time here. If I wanted to listen to Brain Eno , I know where to find him. I'll round this down to an 8.5 and see how long these songs last in my iPod, I think this is Reznor being a better producer than song writer, but even when he is just dialing it in , he is still better than most.