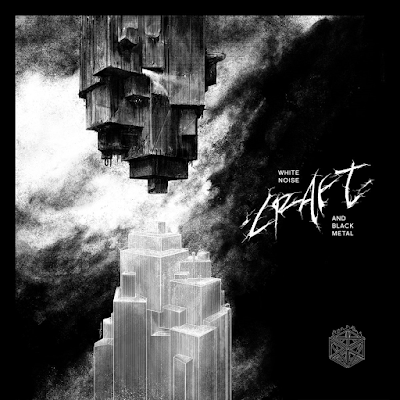 Things have changed for this Swedish band. I loved how "Void" was very hateful. People now say hate like it's soiling their soul.. Would you want to listen to black metal that doesn't have a soiled soul? But right from the smoother guitar tone of the first song it's obvious things are now very different for this band. The sonic sprawl of their sound allows them to get away with more blast beats than before It is however not as hateful as I hope which took at period of adjustment for me. Now that I have sat on this album a few days it will be a more accurate listen. I can hear things like how the bass lines are more nuanced and melodic. This melodic underpinning becomes more pronounced on the throb of "Again".

After repeated listens "Undone" has a slightly diminished impact and seems like it continues a theme started on the previous song. Not a bad song, but it runs together with the first two songs. There are moments that deviate from the formula and the overall sound of the band stays strong. "Tragedy of Pointless Games" has more form and function at times carrying a more rock n roll groove. This rock n roll feeling can also be found on the more riff oriented "Darkness Falls" . Up to this point the album was beginning to remind me of Inquistion, and while this song also finds the vocal croaking out their narrative, it also feels like we are getting another side of this band's personality.

Aside from the muttering in the song's last minute, "Crimson" is not dynamic enough to justify being an instrumental. "YHVH's  Shadow" finds them reverting back to the blast beat.The song does build up into more of crescendo. There is a dissonance to this song I like. So closing in on the 4 minute mark when things slow down it flows very naturally into the shifting mood.The song :White Noise"is not noise . In fact it summons up a pretty powerful chug. One of the album's most straight forward song, but also one of the most effective. I'll give this one a 9. It's less confrontational and more mature, a phrase that might not seem to be praise in many black metal circles , but here it works for what they are doing. Released on Season of Mist.