Bullet For My Valentine : "Gravity" 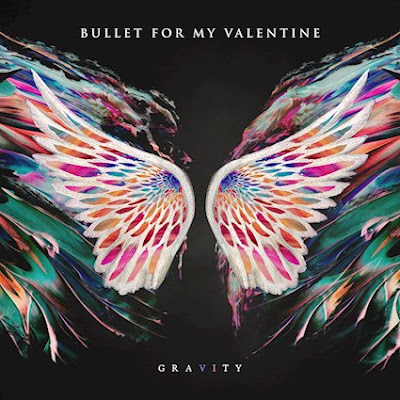 Far from an expert on this brand of Myspace metal, I do know that these guys were more 80's hair metal than emo. The new drummer and more electronic elements finds them taken a turn closer to what 30 Seconds to Mars does if you coupled it with breakdowns. In 2018 these Myspace metal bands find themselves trying to figure out how to adapt to the state of music today much like the hair metal bands did when grunge broke big. There is not a dominate musical trend today like there was in the early 90s, nor will there be. With music being consumed in such a different manner today than even at the dawn of Myspace, labels want more streamlined product they don't have to take chances with similar to Hollywood's fascination with re-boots and remakes. The second song "Over It" shows the danger of being not a metal band in 2018, but a hard rock band trying to play it safe. They play the notes are not explosive enough to convince me.

Things continue to delve further down a poppier path. Though it's like the CW asked for something with edge for a teen age biker party. The 30 Seconds to Mars envy grows worse on "Not Dead Yet". The production is bigger on this album and if you told me the producer also produced 30 Seconds to Mars it would make perfect sense to me, The guitar tone on "Piece of Me" sounds like it could have come from a Deftones tones album. They might say fuck a few times but it's about as aggressive as it gets. The song has hooks, but few balls. They sound more like Linkin Park without the rapping on "Under Again".  "Gravity" begins to blend into the other song as this album begins to become rather dependent on it's formula.

If you are looking for these guys to get heavy this is clearly not the album for that. They are given you a collection of power ballads for millenials who missed out the 80s, but through a filter of slick production that makes most of the radio rock sound the same. The most determined effort and being is on "Don't Need You" , but things turn back around and find them in the same direction most of these songs go when it comes to the chorus. They fully commit to bringing the ballads and break out the acoustic guitars on the last song. Selling out made sense back in the day when people bought albums , but now not so much. If your goal is to get on a tour with the Foo-fighters then maybe. I'll give this one a 4 as it wimps out at every turn and is not true to who they used to be, not that who they were was that hard core in the first place , but I prefer the more Motley Crue version of this band.This album comes out June 29th.