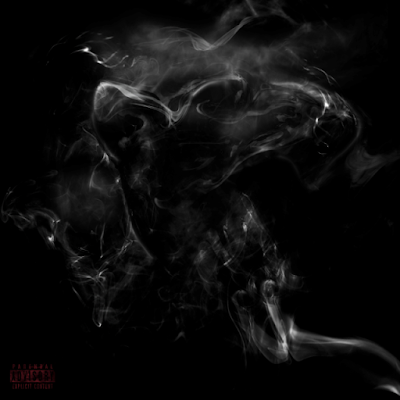 I don't review a ton of EPs. But when I do it has to be from a band I really like a lot. Code Orange is such a band. Their album "Forever" rules pretty hard as it showed them utilizing a bigger sound and blending a more industrial tinged influence into the mix. That industrial side of the band is given The first song is gritty and dense metal core that takes the concept of metal and hardcore thrown together and succeeds on every angle. It's only two minutes and considering how much goes down in those two minutes you can hear the grind core influence.

"The Hunt" works off of a sample of Duran Duran's "Hungry Like the Wolf". Taunt and machine like in the syncopated pummeling the deal. The guitar tone might be even more bad ass than what they beat our ears with on "Forever". There is a great deal of glitch tinged electronics adding the chaos of it's color to the mix. Corey Taylor from Slip Knot adds his vocals to this song, but it's his more forceful bark so it blends in with what they normally do and doesn't turn into some cheesy Stone Sour power ballad. Then the remixes from "Forever" start coming. The first is the title track of this ep. It's pretty close to the album version with just a touch of more electronics that makes it even darker. The Drum Corps remix of " broken.selfish.scum.within" is next and it's almost like an Igorr song. "Power Green" is another stomp down the industrial rabbit hole. The caustic vocals are buried in the buzz of noise laced over this mix.  It gets really noisy by the end of the song.

Sure this is just holding out attention until they release a follow up to "Forever" but that is something I would not want them to rush as the expectations would just be too high. So just taking the EP for what it is I'll still give it a 9 as the first two song rock pretty hard and I love how the left of center electronics are blended with their take on metallic hard core. If you are a fan of the band it's a nice snack to hold you over, the first two songs also serve as a decent entry point for new comers though in the grand scheme of things don't see this really winning over a ton of new fans.