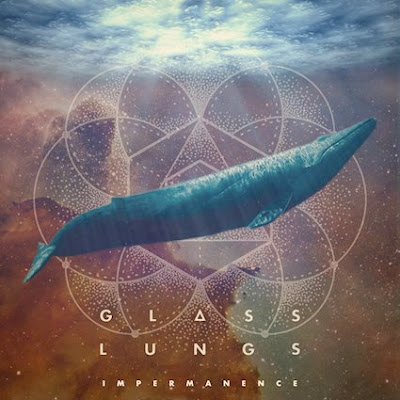 This Brooklyn is about a decade or two late. This is what I would have really love at about 2002. It's a post-rock emo with a solid dose of Circa Survive to it. Despite not being directly from Boston I am going to guess these guys are probably Berklee Grads as it has that kind of technical proficiency. The vocals are almost too ell trained as they take on kind of a Jared Leto feel in places. The problem with the Berklee thing begins to be felt by the second as they can teach you how to play, but songwriting can't be taught. You can learn formula of what has been proven to work, but not how to put yourself into the song, as that is a more abstract almost magical process and these guys are total muggles. It feels like they are just working off of a formula.

This one begins to lose momentum fast as I had to look up at the screen to see I was on the 3rd song and not the 2nd , so all of these songs sound the same. I could stand for them to get a little darker , but ok with them not being heavier as I was looking for something more middle of the road to listen to. They get moodier on "Casting Stones" . The bass lends a little heft. "Eyes of the Abyss" has a cool surreal feel to the falsetto break in the middle of the song, then things get mired back down in the formula and the uniform nature of their sound. They build the intensity a little on "Firewalker" but it's not what I would call heavy. Perhaps this might translate better live and it's been overproduced. The guitar sounds great until it comes time to put some balls into things and that where it falls flat.

"Empire" finds them going down more of a 30 Seconds to Mars path. This does find them taking on a more solid rock groove rather than diddling in the atmosphere too much. The album's heaviest moment comes at the end of this song with a pounding post-hardcore yell over the drums building into double bass. "Foreign Bodies" finds them ebbing back down to a more middle of the road place. The it continues to go out with a whimper as the last song feels kinda empty. I'll give this album a 7, due to the fact they are skilled at what they do and it sounds good there is just nothing that makes this an urgent listen to me or as kids today say...I'm not really feeling these guys. But if you are into the Circa Survive era of Myspace emo then check this out.