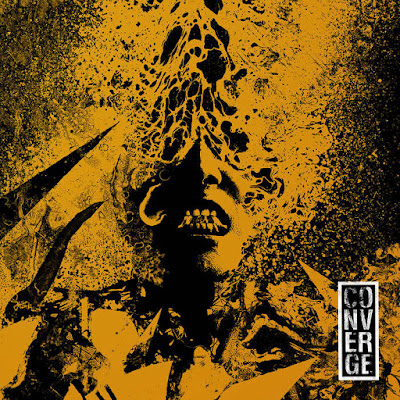 At two and a half minutes "Permanent Blue" is the album's longest song. It displays more of a melodic sense than this EP's other 3 songs that are one and a half burst reminding people of Converges hard core punk roots. On the first songs a couple of things occur that serve as omens of the band's dominance when it comes to this kind of music. The most evident being drummer Ben Koller whose drumming is clearly more inspired by metal thank punk making his patterns more than just the primitive snare tap of punk. The being the chords Kurt Ballou choose to let ring out creating a somber melody to haunt the stampede. Bannon gets some credit as he doesn't just bark his way through this one , his lyrics are more decipherable as his initial vocals are more articulated.

"Churches and Jails" flies at a rapid hard core pace where "Melancholia" snarls like older crustier classic punk, just packing more weight behind it's punches. "Churches and Jails" eventually with repeat listens begins to grow on me, where the other songs are pretty much already there, with little adjustment needed. It's not that I haven't heard them play that kind of punk before, it's just sometimes even with these guys it can all sound the same and run together. "Beautiful Rain" has a more metallic venom in the speed it pursues you with that takes the spastic temperament of grind core and gives it a thrash heart beat. The riff at the last thirty seconds pretty much makes the whole song worth while,as it is tough as nails and classic Converge.

I'll give this an 8.5, it's almost like an excuse to go on tour, the songs are so short that while they work well within the given minute and a half, considering the speed they are played at, it feels a little rushed in the song writing process , like they just sat down and were like lets just make a six minute ep and play are fastest. Sure this is one side of the band, but it's not as dark and melodic as what I prefer from them, though I have been with these guys almost from the beginning so even this works for me, I did round it down for the creative short cut this feels like, but if you are a fan then you can appreciate this for what it is however these songs don't stand up to say the songs from " the Poacher Diaries".