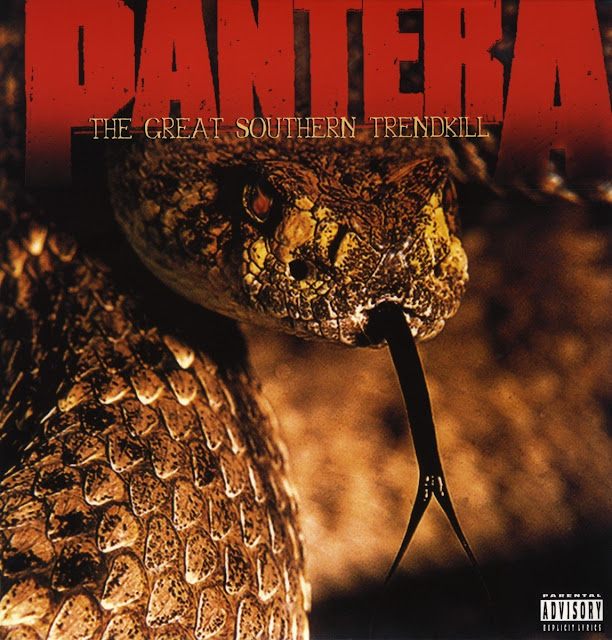 Now seems like a fitting time to go back and re-visit, what I always felt was the bands most under rated album. Their 8th album the band was fighting drugs just like I was in 96 which gave it a darker and more aggressive turn. The groove they are known for is still there, but the album opens with them blasting out from a much angrier place. "Drag the Waters" shows them doing this with a touch of blues that had always been there to some extent , but the swampier tones are really brought out here. "10s" is my favorite song as the lyrics resonated with me at the time, listening back well...I guess they still speak to my inner teenager, but there is a great depth in the layered guitars here and Phil really sings his guts out on this one.

On "13 Steps to Nowhere" Seth Putnam from Anal Cunt lends his screams. Vocally there are more layers, and effects added which is not surprising as he recorded the vocals at Trent Reznor's studio. The first part of the two 'Suicide Note" songs is almost more like an interlude, the two work together as a whole piece. The guitar has an almost country feel. The backwards guitar parts sounded really good when you were high. Until they lock into the "do it do it " part it kinda blasts by you, but they lock into some shit that is heavy as fuck for sure. "Living Through Me" is the first song that really revisits who the band was on "Vulgar Display" .  'Floods" is probably my second favorite song on the album. I love how the effects sit on Phils voice and the guitar is great, one of Dime's best solos.

"the Underground America" is big loud and angry, with some of  Vinnie's best drumming on here.Though it's not my favorite song on the album. "Sandblasted Skin" has some really mean riffs, but the last two songs feel like they are just throwing heavy at you for the sake of throwing heavy, almost like it was, "Well, we were really high most of the time we were in the studio so we gotta throw some more heavy shit in". But there dialing it in is better than the best most bands can do. This album gets a 10.