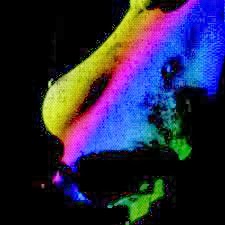 This is the  sophomore album by the New York band that features members of  Dysrhythmia, Gorguts, Kayo Dot, Secret Chiefs 3 and Religious to Damn.

this album finds the band heading in an even more melodic and progressive direction.I am not sure why I was so reluctant to check this album out after having like the first one so much. It is not as dark as the last one.The crooned vocals are pretty much the mainstay of the album they are not as low an Ina Curtis like as they were on the previous album.

Many instances the band remind me of a mix between Junius and Vast, as their is a much more middle of the road element to their sound at borders on being radio friendly alt/ rock. The feel is more like many of the alternative metal bands in the late 90's. The song "Incomplete Burning" really stays in the safe middle ground, though it sounds good as far as their performance and  songwriting though this and the opening title track don't really grab me. Though after a few listens the vocals on the second song sit better with me.

It's not until "the Fire " where the band brings back any elements of black metal.Though the first song has a blasty element to it, but its more along the line of newer Enslaved.The lower monotone vocals are coated in effect to give them a more melodic quality than they held on the first album.

The dark moment creep up on "Mare of the Snake" it has almost a cold wave feel despite the strum of the clean guitar. The chorus isn't as catchy as you would expect the songs pay off to have but over all it creates a sufficient mood. A prog Rush sort of gallop kicks off "Pleasure Blind" before the slinky bass line takes the song away.It's an interesting transition and spotlights the playing which is the band's strong point.There are many col parts that dip out from the shadows of the song, the build and where the song ends up don't seem to be as dynamic and sonic as they did on the first album. The verses often coming across as catchier than the choruses.

"Passage to Vice" has a subtle David Bowie element the production on the vocals reminds me of I'm Afraid of Americans. "The Things That We Hide" finds itself in a more 80's post-punk throb of electronics. The vocal layering on this song is well done , but the vocals on this album never seem to find their hooks. Some industrial strength abrasion  is added to "Abeyance". The vocals that are not distorted in the chaos of the song haunt the back ground.There are some cool sounds coming from bass and guitars but wouldn't say its an actual song.

There is a cool Cure like bass line to "Braced For Collapse" with 90's goth drenched vocals crooning in the spaces between. This song lets itself feel the anguish and build into the emotion rather than just coasting on it like most of the songs seem to. The album closes out with the moody "Putting Flesh to Bone" .The vocals limit this song as they stay in a robot effected monotone. Overall this is a well played and great sounding album but the writing is the only weak spot in terms of the dynamic potential that was not quite achieved here.Never the less it still manages to earn a 7 out of 10 .