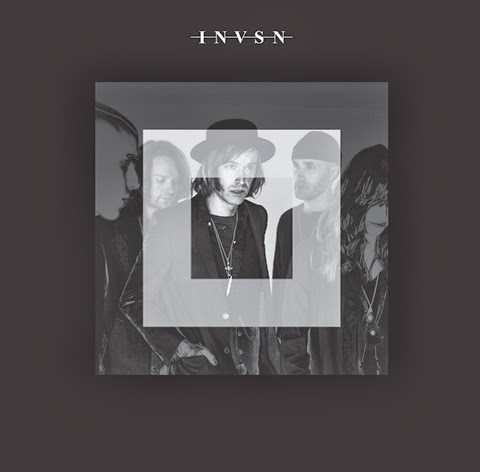 This project of former Refused singer Dennis Lyxzen has undergone a few name changes before settling with this one and signing to Razor & Tie. This project holds little sonic similarities to the Refused and is much more ingrained in the 80's than International Noise Conspiracy.

The refrain of "a storm is coming for you", reminds me of a more foreboding version of the Killers, it much slicker than what would be called post punk. The guitar is very Cure-ish and the band has captured the genuine feel of the bands from that era. This is much more polished production wise, but in a way that serves the songs rather than just giving them the old auto-tune gloss over. By " Down In the Shadows" I find I'm asking myself does this work for me when the Killers don't. The chorus to this song is exuberant enough to be Modern English. It is normally darker than radio's take on retro Brit pop of this ilk. The happy moments here still don't take as well with me as if they were moping the whole time. The hint of aggression in the bass line might be the key.

"the Promise' has an infectious pop sensibility to it, the guitar has the classic new wave delay to it.The verse melody is really strong and the song moves in an almost dancey manner like half the John Hughes soundtracks. Even though there is a still somewhat poppy slant to " God Has Left Us Stranded" it comes closer to post-punk despite the Bill Idol sound on the drums.

The pace slows down to a darker more introspective creep on " Vasterbotten" , the mood shifts slightly with the keyboard sound on the chorus. The song drags a little in the final minutes in trying to maintain the mood. The pace and the albums momentum picks up on " Our Blood" though the pop under current stay intact, even when the vocals become more urgent. "Inheritance" is pretty radio ready, the song writing remains pretty strong though out the album when it comes to keeping all elements pretty hooky.

There is an almost "Fascination Street" type drive to the onset of " It's All Coming Back" then they dial it back to leave room for the vocals in the verse. The chorus reminds me of VHS or Beta. The post- punk vibe returns on " Distorted Heartbeat"  The production could be dialed back to really capture the sound and give it more of a cavernous bat cave feel, but they keep the poppy slickness, that recall the emo bands in the early 2000's who shifted gears in a similar manner. The chorus is pretty catchy and sticks with you.

The album closes out on the moody"the Hate" . There is something about the uplifting chord progression this builds into that reminds me of the Killers, though darker and more introspective. I'll give this album a 9 as it is still growing on me, the commercial edge to it is the only off putting element but depends on my mood how it sits with me.