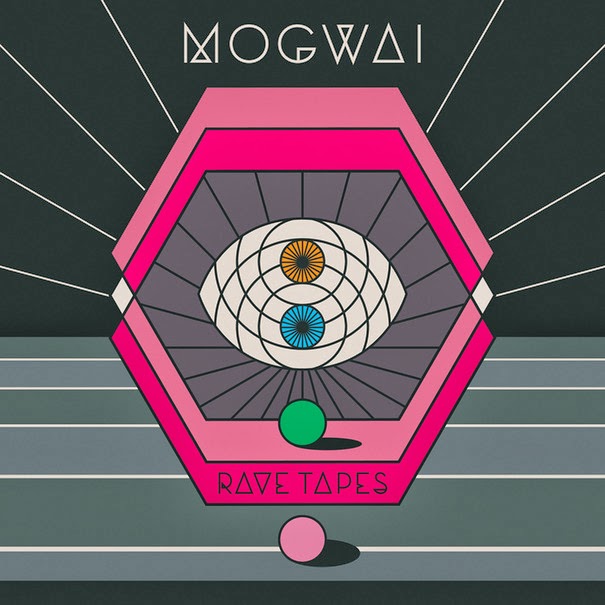 This feels like their stab at making a Daft Punk album as it's very synth heavy. The drugs have kicked back in for these guys for sure. The opener just kinds breezes in very unassumingly and twinkles it's way through the five and a half minutes of it's drone. Things shift into a more Air like sound with the angular moogs on "Simon Ferocious". They space out but dynamically don't dial it up, though a guitar solo simmers on the back burner of the mix. The songs coasts on the crest of a wave I rode on many times when I was doing drugs a would have been in awe of this song. Now its a more casual ...mmm thats alright.

The guitars bring a taunt creep to"Re-murdered" the stand off between the guitar and the synths is brewing. The keys win out in a Tron Odyssey like riff, dense fuzz coating the bass line. "Hexon Bogon" returns to more familiar dynamics. Sure there is still a thick layer of synths draped over everything but the playing is locked in and not made lethargic by this.

A more prog rock feel unfolds in the syncopation of  " Master Card". The synths round out the edges of the song. The bass line  transitions the song out of the section they were riffing on, but the dynamics here are not as sharp as some of the albums other moments.


"Repelish" has a hilarious sample running through it of some sort of youth group freak studying the backwards masking on Led Zeppelin albums and it is spliced into the song in a way that does a call and response with the song. "Deesh" finds things getting a little darker, the guitar and keys float off into more uplifting melodies leaving the bass line pounding away by itself as a downer. Thing are brought way down to a ballad like place on "Blues Hour" and the rare vocals sneak in. It sounds like Elliot Smiths' lost jam with Daft Punk. The effects of the sedation lingers on in "No Medicine For Regret" . This would be the perfect music to go get high and stumble around amid X-mas lights or in the snow.

The album closes on the rippling drone of "the Lord is Out of Control" which has a strange harmonized robotic vocal.This is extremely easy listening, as I can leave this one on and fade into the background with it, so I'll round this up to an 8, but if you do drugs, then go ahead and round this up a full point.