Suffering in Solitude: "A Place Apart" 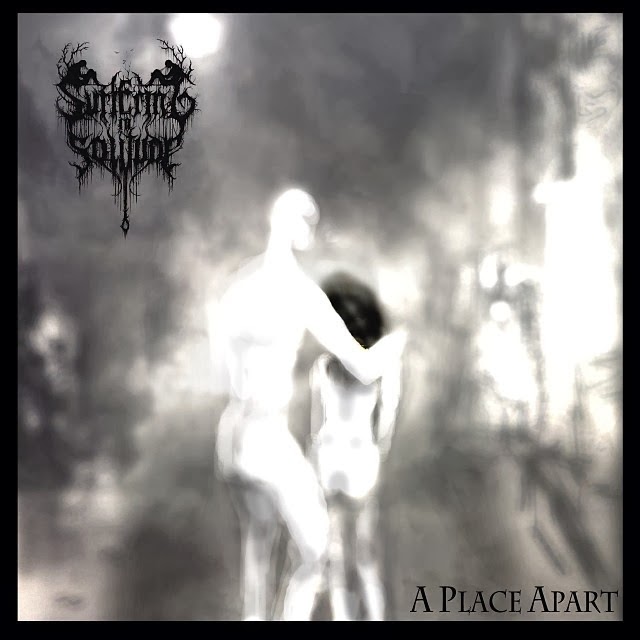 This started off a solo project in California and members .... keyboardist and guitarist joined in a culminated into this  album  that opens with more ambiance than I expected. Going into this under the assumption is was going to be more of a dsbm type thing with some synth washes. There is they grey melancholy feel to the album, it is much more minimalistic is it's initial approach and lighter on the metal than say Cold World, though the vocals that gurgle up, they are from the same sphere of black metal.

The production is very lo-fi and raw. The blast comes by the second song, though there a minute and a half of build into and the don't stay locked into going into a more Alcest like half time feel. The album is largely instrumental. Suppose it comes from a sub-genre's era that I liked so it makes me more sympathetic to production faults. No new ground is being forged here, but it invokes fond memories.

At times some of the fuzz to the recording makes this sound like home demos. "Exit" crashes to life in a blast nasty spew, evened over by the ringing chords. The song return to mood calm before the storm sections , that erupt back into the furious anguish they are trying to capture here. The song named after the project ,which is alway weird to me, is one of the more straight forward yet shoe gazing exploits. The instrumental "Distance" is more of an interlude. The title track that wraps up the album, is slower paced and dreamy with the Gullom like vocals croaking over the trancey chords.

I like what going on here , the production holds it back as the lushness that could have been is scaled back for what sounds to be recorded in a bedroom. I'll round this album down to a 9 and look forward to when what they hear can be translated back  to my ears in a more refined manner while still embrcing the raw black metal elements.