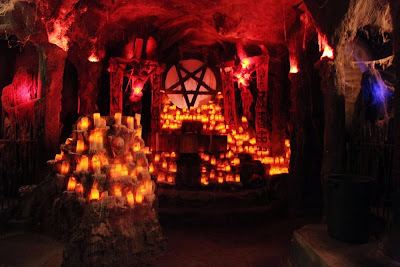 Here's the first Shuffle of the Dark Season, so I would like to promise this will be the darkest version yet, but since I just press shuffle on the battle weary iPod Classic and review the first ten songs that pop up I can't promise anything. So here we go...

"the Ubiquitous Mr. Lovegrove" by Dead Can Dance

This got moved to the top of the list as one of my favorite DCD songs after seeming them preform it live, it has all the exotic elements I want from them and Brendon Perry sounds phenomenal on it. You tell me that I dream too much...

This is thrashier than you normally expect from them but is a good argument for mid-period Darkthrone, even if the riffs are very Slayer.

"Who Killed Mr. Moonlight" by Bauhaus

I often find my self playing the opening piano riff. A great song even if it's not the first one that comes to mind when you think of this band.

"Raise Her Hands" by Wovenhand

This project might even be better than 16 Horsepower. This is very dark and tribal, I like organic yet very sonic throb of this song.Its great for this season.

Was not long ago that I reviewed this album, so in a few clicks backwards and you can hear it for yourself. Pretty impressive blackened metal that sticks close to its hard core roots.

And no one should be surprised this is on my iPod if you follow this blog. The most mainstream song well will see on here today, but great despite it's radio rock leanings.

" A Tower" by Holograms

Very punk post-punk. Short and to the point even though the vocals give the intro some breathing room. The punchy melody is what you would want from this sort of thing.

Looking forward to the day the release a full album of this quality of songwriting . Very 80's new wave meets shoe gaze , with some hooky crooning layered over it.

A classic metal band that doesn't get enough lip service on here despite the fact I have been listening to them longer than many of you have been alive.On this song I can hear why they get credited as being first wave black metal.

Her voice on this song is pretty heartbreaking. This holds up against pretty much anything any female singer has done, even Kate Bush in terms of emotive power.