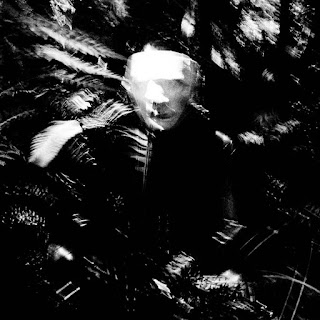 This is a well known name in the underground of the dark wave revival. Is anything groundbreaking taking place here? No. Is this project good at what it does ? Yes. Is it very dark? Yes. Is being very dark enough? No.  At this point the pseudo retro drum programming and the synth are a dime a dozen, so I need to here what is happening from a song writing perspective. Their is lots of energy, almost aggressively. "Maskerade" has more to dance to. Along with the fact S.L.U.T lends her voice to the song for aa stronger hook, than the main singer who sounds like the dude from Aqua. "Judgement" has a beat that sounds more like a darker version of "Into the Groove" . It almost picks up where the previous song left of but the more robotic chant of the vocals has less appeal .

"Nitrious" certainly summons a sound. One that might work at a goth night. But it also just sounds like faceless aggrotech. Interesting that the title of the album is "Faceless" not sure if that was what they were going for, I think when it comes to artists like this they do not want to just be  anyone with a drum machine amped up. I had this song on as I was doing some packing and it did nothing to flesh out what made it stand on it's own and offer a defining picture of this artist. Perhaps that is who this artist is. It is certainly driving in fact , some much so the only thing that makes the song after it stand out is a synth riff and the dead pan robo vocals.

They back of on the in your face report to the dance floor barrage and manage to write an alright song with some dynamics. Who would have thunk after getting blasted by that fit of flying elbows?  I think a 7.5 is a fair enough score for this album, They do work off of capturing a song, and write two really decent songs, though the album is totally listenable, to say it is great club music is to say it is also background music since how much time do you spend in the club unless you work there on a daily basis. I great album is one that works it's way into the fabric of your daily life and provides a soundtrack to that as well. For what it is it is well done, I am sure some of your reading this will need more of  that sort of thing I am sure.