Gothtober- CANDELABRE : "For to have time is to have wings" 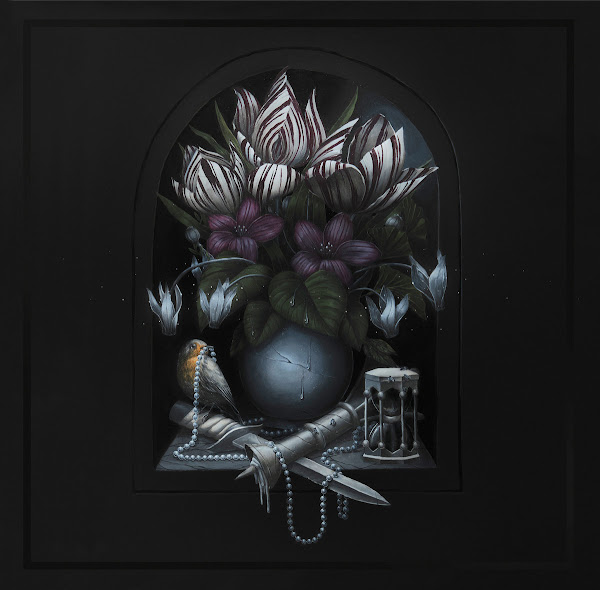 This album came out back in May, but I was buys moving then and the beauty of this month is I get to go back and catch up on things like this I might have missed  Paris might not be the first place I  think of when it comes to goth, but the shoe gaze elements make more sense.  This collection of sounds swirl around in such a way that it might take a few listens to catch what is going on. At least this was my experience. Shimmering guitar and manic siren vocals. The drums are mixed into the back ground. The bass line almost not there. The guitar dances where synth might sit if this was dark wave. The melodies are given a little more room on the second song. This is further refined on the dreamy "the Statue" . It is here that I first notice the Cocteau Twins influence in how the vocals are layered and allowed to dance around one another.

There is a very biting guitar tone that opens up "Men and Beasts" . The guitar wants to have more of a rock attack, but the sugary vocals are intent to counter balance this. The vocals win out on "Bliss". In fact it is up to them to hold the song together. Every thing else is so shoe gazed out it almost is not there. The strum of guitar does bring a more organic element to the range of sonic colors. The vocals seem to work better when they are forced to dance around more layers of sound rather than stand in one place.  This sounds like a combination of a lot of female fronted indie bands from the 90s run through a filter of mushrooms.

Things get darker and heavier mood wise on the last song. It is a sprawling The heavier does end up translating into more aggressive guitar before the end of the song. The vocals get really drenched in effects , which I like as they are being used more as an instrument. I will give this album a 9, it has a great deal of potential and draws influence from my favorite sounds.