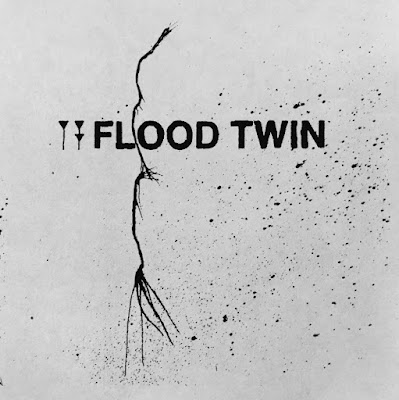 Here is an Atlanta post punk band that sprang from members of James Hall's Pleasure Club and various outliers of the punk scene. Atlanta has a pretty active punk scene so it is surprising that post-punk has not been more of a thing there, but punk gives the kids who move from the suburbs to the city something to play that is easy enough to pull off while wasted and still be able to convince a girl you are a musician. Two songs in and I am not convinced this guy is much of a singer. They have the tension part right and are dark enough to make it work, but the vocals seem like they are going to be something that limits them and leaves me bored after two songs. There is an aggression to the guitar riffs that gives the second song a more unsettling tone and that works for me.

"Break Your Heart " works off obvious Bauhaus vibes, the big difference is well the dude can not sing like Peter Murphy so rather than trying to muster a croon, he whispers his way through it. Musically it is sold even if the drums rip off "Bela Lugosi is Dead" . The bass player who was asleep for the previous song wakes up into to add to the blues fueled stomp of "Control" . The vocals have more of a Joy Division thing going but more punk around the edges.  There is a creepier feeling to the moaned mutter of " If You Were Jesus" . I like the heavier dynamic that comes off the verse though their formula seems to be let things drone. This might be my favorite song so far.  The narrative of "Downtown Zeroes" feels more Iggy Pop, though this is another step in a darker direction for the band. They go from Iggy to the Stooges with the more aggressive shouted chant on "Primal" Then break out more of a Gang of Four dance party with "Syria". The lyrics are silly but fun.

They keep things on the dance floor , though with a more angular slant on "Down in the Water". There is a pretty stark chant to "Heaven" that reminds me of Interpol. The song itself is one dimensional as it works off a singular drone.  The vocals did not bug me as much as I thought they would earlier in the album, they tend to drone more often than not, but create some moods that I like so I will give this one an 8.5.