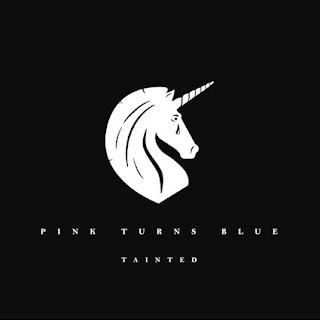 Here is a comeback album I did not expect. Less creepy than their early years, the are less dark wave and more stark post -punk. The album sounds great, along side bands like the Cure and Joy Division these guys have been doing this since the 80s so it is pretty much like riding a bike. Much like riding a bike they allow themselves to coast on the songs. The first two glide along really easy on the ears. Dynamic wise piano and guitar help with texture and the second song has more of a build than the first for sure. Thankfully both the tension and the tempo pick up on  Lyrically I do not like "Why Not  Save the World " as I do not want any hope or compassion mixed into my post-punk, that takes away from the hopeless darkness I want to feel from it, musically the song is fine and I have to work to block some of the lyrical subtext going on here.

"I' m Going to Hold You"  has a little more rock drive to the guitars. At this point in the album the vocals are beginning to feel a little stale , but not a deal breaker . Though on the second pass through the album the song had grown on me some. There is more of a melodic Cure like feel to " It Fades Away" . Here the lyrics do not seem to be as worried about the human condition. It is a more straightforward song than what the album opened with. You can hear how their influence on Interpol comes full circle.  "Never Give Up" gets bogged back down lyrically. Musically it works off a more repetitive drone of the guitar. The atmosphere it drones off it what makes it work. I like the fact "Summertime" is darker but it just kind of plods along, maybe it will grow on me.

In some ways "Brave New World" circles a similar sonic circle we have heard the band drone in already, not sure I would label it a formula , but it is a more uniform path they go down again. On a rainy day when I am depressed and writing this might not be as noted, since there is too much sunshine in Florida, this monochrome gray is not as effective despite me not being in direct sunlight at this time. The last song breaks from this and the tension has movement and the vocals are more memorable, might be the album's strongest song.  Overall I am impressed with what is going on here so I will give this album a 9.