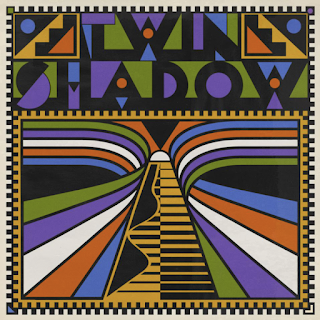 I am ok with artists changing as long as it's for the better and enhances who they are, rather than loses their identity amid the stylistic shift . David Bowie is an example of an artist who did this effortlessly. I have been told it is not fair to hold everyone to the same standard as Bowie.  Bowie was a mortal man who made music, I think this is fair to all other mortals making music since one can do it then so should you. If we are under the premise that all people are created equal, this might not be the case if Bowie is superior some how which would mean other mortal could then be superior as well. This album takes several listens for the changes to sink it. The mood is a more upbeat. I prefer the groove of the second song even if it sounds a little bit too much like Lenny Kravitz. Which is weird considering he is dating Zoe.
I would say I want the more new wave flavor found on "Eclipse" but I was fine with where he went from there on "Caer". It was darker and perhaps more drug induced. Things are just too happy for my personal tastes on " Johnny and Jonnie" . This mood is balanced on the lyrically less happy "Get Closer" which makes the Jackson 5 flavored chorus more digestible.  It is a very mixed bag as "Is There Any Love?" is back to being too celebratory. The new wave traces are drastically cut back, which might make this a more organic instrument focused album which I appreciate, but not the mood I seek out from music. I  can hear touches of 70s prog on this song which I support.
It is not til "Gated Windows " that get what I want and a more Gary Numan like sound creeps in. 'Modern Man' is such a well written song the more r&b tone of the song works for me. There is a little bit of Prince in the songs DNA. He typically has worn his influences on his sleeve in best way possible the shift of influence is what sometimes alienates me. This is why the beach sound of "Lonestar" does not sit as well with me. I live on the beach now and I can say the music I hear every where is the only down side, apart from the moments I am in direct sunlight.  This more Bruno Mars like direction sometimes works , as the song "Brown Sugar" proves. It also proves that I am open to this directional change as long as elements of his older sound are still intact.
He engages in this same brand of pop on the last song but does it better than it is heard previously in the album and more rock to it in order to win me over.  This is a great album for the summer , as the world returns to normal and they people who enjoy things like the beach during the day and drinking at the pool will want this album if they need pop music with more brains to it than what is typically on the radio . He will always beat out the likes of Maroon 5 and Bruno Mars when it comes to not loading you down with too many empty calories. I will give this album a 9, so it might not live up to what he did on "Eclipse' but i t is better than what the mainstream is being offered.