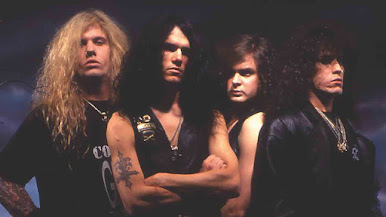 Two of the legendary death metal kings best albums go head to head . I make them duke it out in a track back track comparison. Covenant is one of Morbid Angel's biggest albums . Domination is not to shabby but as we gear up for the top 20 Death Metal Albums of the 90s only one can make the cut. Which one is the best.. lets find out.

'Rapture"  is hard to beat it has catchy riffs, yet is fast and aggressive as you want death metal to . "Dominate" is a strong song, the only weakness it has that really gives "Rapture" the edge is vocals are to articulated to the point of being spoken, and do not have enough growl to them

'Pain Divine" vs " Where the Slime Live"

What gave "Rapture" the edge in the feral rawness of energy, plays against it when pitted against a darker more groove laden riff .

Winner - "Where the Slime Live"

"World of Shit" is a great song, but the chorus to "Eyes to See..." is too hooky and just better song writing that wins out over brutality

"Vengeance is Mine" vs " Nothing But Fear"

Winner- "Vengeance is Mine"

"Lions Den" vs "Dawn of the Angry"

This is where things are going to get tough. |"Dawn of the Angry" is driven by great drumming and juggernaut riffing, but "Lions Den" are these guys at their top of their songwriting .

"Blood on My Hands" vs " This Means War"

The first thing that strikes me about "Blood On My Hands' is despite the fact it is blazing fast the vocals have a purpose. "This Means War' is even faster, but not as purposeful in terms of songwriting.

Winner- "Blood on My Hands"

"Angel of Disease" vs " Cesare's Palace'

"Sworn to the Black" vs "Inquisition"

"God of Emptiness"  vs "Hatework"

I mean is this even fair?  I had to go back to listen to "Hatework" as I forgot it is a melodramatic and almost an instrumental. No contest

Final score- Covenant wins 6 to 3, not even close.