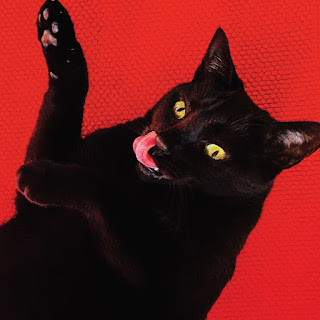 Before I began reviewing this album I was a few songs into the new Crowded House, and now I feel like this album is more in touch with the 80s than Crowded House. A great deal of this is due to the production. The softer touch to the vocals also add to that sound. By the second song it feels a little more like Adams, then drifts back into the smoother 80s pop for "It is so quiet it is loud" .  "Fuck the Rain" is not some of his hookiest song writing and just kind of drifts along. It also begins to make me think of the War on Drus of Neil Young at times. "Manchester" has one of the strongest choruses , it even reins him back in to sing in a manner that comes closes to what he is known for. There are some really strong guitar tones on this album though.

It is hard to say this album is experimental considering the ground Ryan has already covered though out his career. This does seem to be a focused step away from certain signatures, to the point that when he goes back closer to something you might expect on " What am I" he sounds unsure what he is supposed to do vocally .  There is a more rock a billy feel to the driving "Power".  He does a better job with this more rock sound on " I Surrender" his voice falls right where it wants to be. The strum of the guitar on "Showtime" guides his voice back to what he does best .  "In it for the Pleasure" is almost a ballad , but the strum of the guitar gives it a little more movement.

'Middle of the line " finds him rocking out , but with more of a strummed indie rock folk sense to it. He is go at this I would be interested in hearing more of this kind of thing from him. "Summer Rain' is a return back to the more 80s like sound we heard going into the album, but it comes together even better here.  Not his best album but there are solid songs and it is better than what most can do so I will give this one an 9.