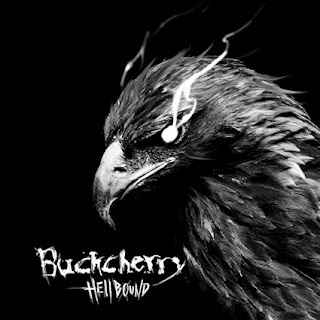 There is one other member who was in the band for "Crazy Bitch" which leaves Josh Todd as the only one who love the cocaine. His voice pretty much is Buckcherry. The first song is more explosive in a sleazy punk way. There is a great deal of swagger throughout the record. The bar Todd has set for himself weighs these songs against the infectious writing style that crossed this band over into more commercial radio territory. The title track is the first song that lives up to this. It does have a very AC/DC like strut to it. There is a more Aerosmith feel to "Gun". It works for what it is, I prefer the previous song.
The "Dyer Maker" like groove to "No More Lies" breaks away from the in-your-face cock rock and is one of the album's best songs. "Here I Come" is a straight up rocker but doesn't not play to the groove which is their strength which they high light on " Junk" on follows. It has a better hook and moves, you as a listener.  Josh Todd's voice has held up, but it where he puts it rather than the notes he hits as he is not an Axl Rose when it comes to throwing his voice around. There is more of a 70s shamble to "Wasting No More Time'. The riff makes me think of Alice Cooper's "Eighteen" if Tom Petty covered it.
"the Way" is a power ballad of  sorts though rooted almost more in country . Not the best song of this sort they have written , but for what it is , I would say this is better than any of their peers doing similar. There is some interesting drumming on " Barricade", but it is Todd's vocals that really sell it.  This album might not be their best, but considering it is 2021, it is head and shoulders over anyone trying to do similar. If anyone is even attempting this kind of rock . I will give this a 9 , as it is really strong and one of the best straight up rock albums I have heard so far this year.
Posted by Wilcifer at 6:44 PM