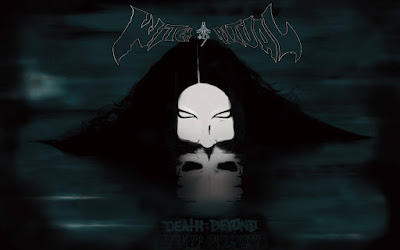 This German bands sound is not the most original. I name a half dozen doom band's with female singers that not far removed sonically. Bands like Witch Mountain, Devils Blood, King Woman, Lucifer, Psychedelic Witchcraft, Royal Thunder, Christian Mistress and Windhand are variations of this some more rock n roll than others. This band is somewhat darker than those and more intentional in it's metallic attack. This also makes them less blues based band rock orientated. So the more mournful doom sound is dialed in without being a Black Sabbath cover band that happens to have a female singers like some of their peers. Songs like "Behind Me' have more heft to them.

They are more like Solitude Aternus in the ways their lumber has a soaring epic nature. more somber moments help to separate the riffing from the masses of Sabbath worshipers. "Ruins" has a similar creeping linger to the guitars as the previous song, until the power chords crunch in. Lacri their vocals belts the songs out with conviction. She is not ripping off any one, but is not unlike many female doom singer. If you told me they are influenced by Dio more than Ozzy I would buy that theory. Though what they are doing is not as blatantly metal as the Dio years with Sabbath. It's more like the Tony Martin years. "Beyond Death" is more metallic. It also falls more neatly into the the box of what you might commonly expect from doom. Low rumbling chords that ring like a church bell.

The last song is acoustic which I do not feel really contributes much to their established tone. Not oppose to hearing them in a more stripped down fashion, but I think it would work better serving a wider dynamic scop in one of their songs rather than standing alone. This is a pretty solid album, I will give it an 8.  if you want doom that is still melodic with a retro vibe  then check this out.
Posted by Wilcifer at 6:05 PM