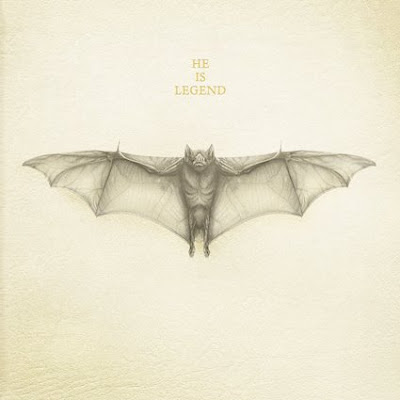 6 albums in you pretty much know what you are going to get from these guys. Though there might be a more spastic energy to this album than what I have heard from them in the past. If Corrosion of Conformity smokes a bunch of meth, the results might be the same. The vocals are very dynamic. Typically in a throaty scream, he does let up and actually sing in places. It is a smooth yet grungy croon. This side of the band that delves into more melodic territory emerges on "When the Woods Were Young". The traces of the more emo influenced Myspace scene they formed among, can be heard on "Eye Teeth". There is still enough grit to make this not offensive. Though from some of the intervals the vocals use this era is not forgotten.

Some songs work better than others , there energy normally compensates on songs like "Talking Stalker" . When they lean more heavily into melody it pays off. "Bent" does not allow all the focus to be on the vocal melody as things stay frantic and chaotic underneath. "Resister, Resist Her" dials up the melody. There are still flourishes of guitar heroics, but it more balanced/. Melody is their strength especially when it is brooding and introspective as " Uncanny Valley" takes this  even further. They continue this winning streak with a well balanced blend of melody and the bite they like to lash out with. The guitar tones shift. The drumming is more nuanced, to make for a more dynamic performance.

There is more groove to "Skin So Soft" . The vocals are not as locked in as the previous songs, but it still works. The album closes with "Boogie Woman" its heavier than the second half of the album,. I am not sure the guitar and the vocals ar as entwined in their most interesting dance here. In fact this song begins to bor me mid way through. The first time that has happened on this album. This might have been better left as a bonus track. I will give this album a 9. It is most interesting at it's most melodic. I think fans of this band will have little issue embracing this album.