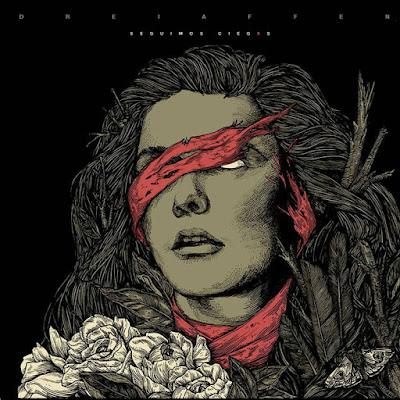 I can always tell what styles of music are gaining more ground when I begin to hear it imported from other countries. Sometimes this works better than others. With this kind of crusty hardcore, it is open to more possibilities than say black metal, which require a chilly pulse.The mood on this band from Spain's new EP is dark and explosive. The second song is less dynamic until midway through it breaks into more strummed guitar tone. Spanish also proves to be an awkward language for their vocal style as it takes on a very monochromatic bark. While the 3rd song ends with a cool riff, the rule around here is cool riffs alone does not a good song make. Also I think due to the vocals the songs have begun to all sound the same at this point.

Unrelenting can be a good quality for music to have. I understand the aggressive nature and being in your face. That does not excuse painting your songs with only one color. At the onset of this album we got glimpses into a wider range of dynamics so it is disappointing they choose not to expand their sound. Its not until the second to last song that  you heard other sounds introduced to give it a darker mood. This is lost however when they throw themselves back into a blazing fast feral riff. Keeping with a punk work ethic when it comes to song writing the songs are all in the 3 minute range.

The last song does offer a touch more of dynamics but at this point it is almost too late as I have become bored with the album and it fades into the buzz of background noise. They are decent musicians with potential. I blame most of this album's problem is the annoying squawk of the vocals. They touch on cool parts , but never really write a cool song. I will give this album a 6 for the traces of interesting things found in this opaque storm.