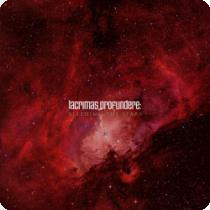 This German band has been around for some time. Falling from the goth meta; mold of the 90s they have been more My Dying Bride than Type O Negative. This trend doesn't wane on the opener, Less doom than My Dying Bride as they are more prone to upbeat numbers. This then gives them a 69 Eyes or HIM. When they make the most of melody the band darkly shines. I do not remember harsh vocals playing as reoccurring role as they do on this album.  The idea of what is heavy has change in metal since their inception so they have somewhat changed with the times in this regard. Their experience has certainly made them polished song writers. Some times melody plays against them and makes things a little sappy, but it is still better than most bands these days.

The vocals have improved a great deal from what I remember of them. His voice is not always enough to keep me engaged as the album faded into the back ground on "Father of  Fate" even though he was flexing a more subdued side of his range. The music is perhaps too upbeat for this. When I check back into the song , I realize it is pretty decent. The vocals beings at times the only gothic trapping trappings. Musically that tend to fall more on the hard rock side of metal. In the 90s this would have been the heavier side of middle of the road metal, not so much now. There is marginally more stomp going into "Like Screams in Empty Halls". While it is catchy and soaring the chorus shed some of the darker mood.  This leaves it to the bridge to darken things again.

No matter how soaring or melodic they get this band still has more balls than some one like Ghost. The HIM like melodrama returns to the overt enunciation of " the Reaper". The melody top the chorus once again has a decent , but shines to bright for what they should be doing. While there is still that HIM like touch to the melodies, there is also more drive to "After All Those Infinities". I like the bass groove and vocals to "As Sip of Multiverse. This also highlights the fact these songs all of sci-fi inflected lyrics. More often than not metaphors for some kind of over wrought emotional pleas. The album closes with 'A Sleeping Throne" which doesn't do a great deal for  me. The drumming is well done , but metal bands have to have good drummers.  I will give this album an 8. It is not as dark as I would like it to be, but it is well done for what it is and these guys have clearly grown as songwriters over the years.