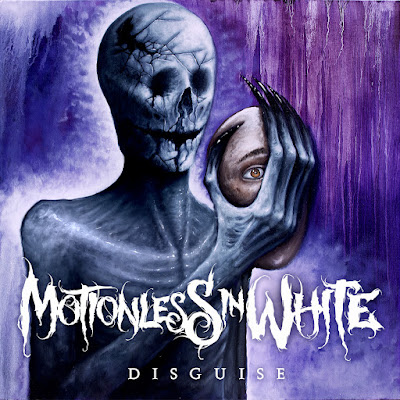 A couple years ago I went to a "State of the Goth Scene" panel at Dragon -Con, and it was brought up rather than being pretentious and elitist gate keepers of the goth we need to accept the kids and their new music as being the future of goth and if nothing elese educate them on good music. This band was a name that came up as what kids listen to these days.So I am reviewing this album for the sake of being opened. But if we are going to put the future of goth in a band's hand I think the bare minimum that needs to be asked of them is ...are you dark? . The first song is more nu-metal. It is aggressive and the chorus sounds like it could have been lifted from a Chevelle song. I think the second song is darker. It owes the most to Korn. I can live with this. Is is the darkest music? No , but dark enough to work. "Code" is more mainstream rock feel, with a very formulaic chorus. "Thoughts and Prayers" reminds me of Mudvayne.

"Legacy" is more melodic. It is also not far removed from your average radio rock,.There is big arena rock production to this album. It is moody, but not as dark as say AFI, who did this better on "Sing the Sorrow". "Undead Ahead 2" opens with gothic trapping of their sound effects and strings.Then it collapses into glue sniffing metal along the lines of Slipknot with emo clean vocals trading off. The Slipknot comparisons could continue on "Holding On to Smoke" . Some keyboards and more dominant melodic vocals that return more to the Chevelle style of singing are what separates it from Slipknot, the problem is while moody I would say it is all that dark, though better than some of the previous songs.I am beginning to get bored with this album and it is taking everything in me to keep listening.

They return to the moody Chevelle emo power ballad style for "Another Life' . This would have been next level shit in 1999. There is some nostalgia to it that I like.  It is derivative but also the best song so far.  There are more electronic elements to "Broadcasting From Beyond the Grave" it falls some where between Rob Zombie and Combichrist. so this is another glimpse into what they could be rather than what they are.  "Brand New Numb" steps in more of a Marilyn Manson direction if we are talking about his more upbeat rock n roll side.This is an improvement for these guys. To be called "Catharsis" it's just middle of the road radio rock. I will round this down to a 7.5, as it gets betters toward the end , but is pretty generic. It sounds like these guys are just taking stabs in the dark at what disgruntled teenagers might be into, and that is the darkest thing about it so far from the future of goth... I hope.