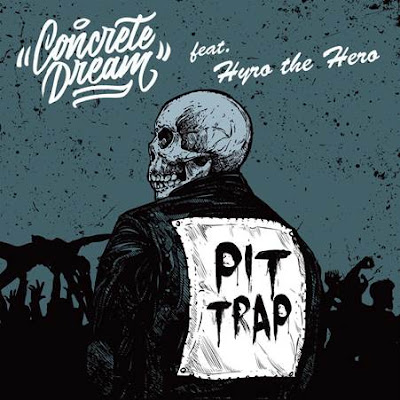 I am open to nu-metal finding new life. What that looks like is still in question. I think band's like New Years Day do an admirable job carrying that torch. Thinking back to the 90s, it was the hip hop connection that had to be tread upon carefully, for every band that did it right...Rage Against the Machine, Stuck Mojo, Hed Pe...there were a dozen that did it wrong. I think the trick is not coming across like you are bunch of Juggaloos. This New Jersey band falls some where on the spectrum and after the first song I am not sure where that is. The second song is more pounding. The rap elements are more prominent here. I am fine with that , as I have heard them done well on the "Punk Goes Pop" compilations. Here they are beginning to get a little Limp Bizkit. To avoid this I am hoping they get darker as the album progress. They are walking a fine line so far and if it tips on the Limp Bizkit side I am not going to be into it. What they have going for them is the guitars are heavier.

More electronic elements would also be welcomes as a band like 3Teeth certainly puts them to good use. But we are in more of a Linkin Park zip code going into "Reasons". The sung vocals are not bad, but not really that original either. The Myspace metal quality of it's mall hard-core begins to gnaw on me. "Catch 22" proves they can get the hi hop part right. It's only marginally darker , but enough to work for me. The groove to "Relationshit" works really well with what the vocals are doing . "Buckout Road" doesn't maintain their winning streak as well, though it is still a decent song. "Hero" finds them driving dangerously close back into Limp Bizkit's  and works more of genre tropes I heard 20 years ago. "Lip Kit" is closer to Linkin Park , but I can live with this better than the previous song.

I am ready for something differently sonically from these guys . Instead I get  more aggressive version what I have heard. Though as far as the rap rock goes it might be better than half the songs on here. "See You Later" is more on the pop side, which is actually what I think this album needed more of, maybe not just like. I will round this down to an 8 for the more Limp Bizkit momentum but I don't hear them playing the Gathering either.