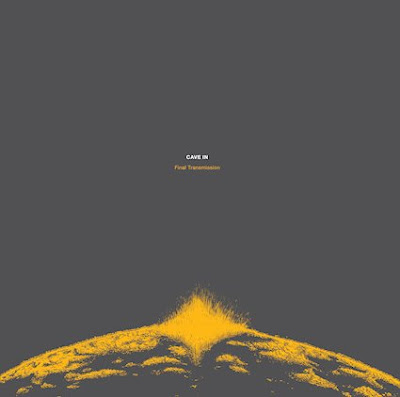 I really only paid attention to their first album "Until Your Heart Stops" , but did give "Jupiter" a few spins. They began to sound more like Failure at that point. So It makes sense that where there final album is at. Steven Brodsky certainly became a better singer over time. Perhaps not as emo as their sound in years past, I can appreciate the angular groove to "Shake My Blood". Obviously the death of Caleb Scofield influenced this album. His bass tracks are on six songs and guitar tracks on two. "Nightcrawler" has more drive. The vocals remind me of when Geddy Lee got older and could no longer sing in his elf like tenor, so he began to explore his lower register. The more punk drums don't do much for me. The dense ambiance obscuring "Lunar Day" casts a shoe gaze haze over things that make it more of an interlude than a song.

So far the best song might be "Winter Window" as it has drive, groove and melody. Everything I need from a song. "Laterna" is darker and more grungy with some of the riffs sounding like they could have come from a Soundgarden album. That same density lurks under the guitars of the following song as . The way it breaks down for the vocals to hold it together sounds very 90s to me as well. "Led To the Wolves" is one of the songs credited to Caleb. It has more drive and the verse is often just the drums and vocals. The builds are explosive , though obtuse as they are so blown out and over driven.

Fans of Cave In should like this bitter sweet farewell note. If they have been around since the first album the change has been gradual enough for them to stomach it. I will give this album an 8.5. I guess if I had not already heard Failure then this might seem like the most original thing ever, which is less weird than the fact my mind only thinks of the first album, when it comes to these guys. Long time fans should find this a suitable good bye.