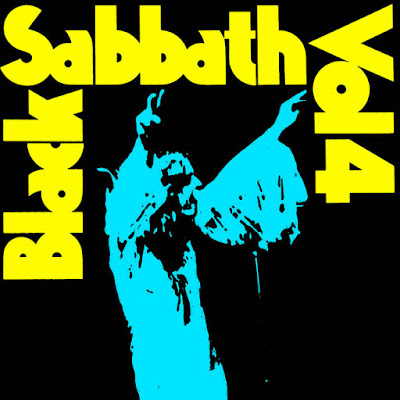 The Fam over Cvlt Nation has released another tribute session. I like these because they always give me a chance to check bands I have not heard before. The first of these being Potion. First impressions being rough because the more I like the band the more critical ear I listen with. I like the guitar sound it's dense and still trippy. Not trying to cop from Tony Iommi. It's a tricky balance when trying to cover Sabbath. Yoiu want to give it your own spin, but these guys invented heavy metal so the stakes are high. The thing about Sabbath, is that they are very similar to how I feel about the Smiths. While I love the band, I have even greater love for Morrissey, if he is singing with them or not. Sure the solo albums might not live up to the classics of their bands , but it's hard to capture their sound without the distinctive vocals. I do not need an Ozzy impersonation. I do need you to hit the notes. I think hitting notes might not be the what this singer normally goes for as they have a more throaty tone, but they do go for it .

Yarrow does a much better job of hitting the notes. Though the change the tone of the song , by making it slower. It still works. They do throw in a bit of the song "Black Sabbath" . Which is more of their thing, Drug Cult handles changes in more of a Tori Amos fashion. "f/x" was always a fast forward classic, Bongripper just makes it a longer one. There is more off a deathly sludge to Oryx's attack upon "Supernaut". The vocals are a little grating , but the guitars are cool.   Mindkult gives a more sludgey southern rock feel to "Snowblind". The vocals are sung and certainly work on the verses. It is when it gets to the bridge that you hear this guy has not much in the way of power or range. Hearing covers like this also shine light on what and under rated singer Ozzy was. Of course only Ozzy is to blame for letting the emphasis be  put on his maniacal acts rather than his pipes.

CHRCH offers up a very dense take on "Cornucopia". The vocals sit way back in the mix until they go into a harsher scream. In places their version is slower and heavier. The snarl of the vocals sets the tone for the rest of the song. Sea Witch offers a more fuzzed out take on "Laguna Sunrise"  another song that is more of an interlude for me, (16) does a really good job with "St. Vitus Dance". They make an effort to sing even if it is from behind a veil of effects. Yidhra also dopes a pretty comparable job with " Under the Sun". I will give this one a 9. It is certainly one of the better albums like this Cvlt Nation has tackled.