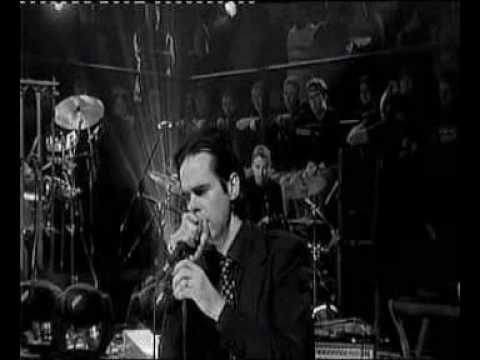 Thanks to the proper inspiration I am staying the course and now on the 3rd installment of the Weekly Playlist. While up to this point they have been thematic, this time we are taking another slant and focusing on a particular artist. The reason I picked Nice Cave is because when someone has an itch for folk that borders on country, and suggests they like the fact the singer sounds like a preacher, how can Nick Cave not come to mind? This is not the first time I thought about making this for them as other things they listen to point in this direction. Granted the lyrical content of these songs leans heavily to convey a certain message, so I am not saying these are the top 10 greatest Nick Cave songs ever in fact the might be more like ballads than his typical sonic saunter, but they touch a place in my heart, I can’t stop expressing even at the grocery store after the deli clerk who can’t tell the difference between a wolf and a furry asks “Are the cats in town?” So here ten of the most heartfelt Nick Cave songs that also hold hints of his twangy preachy side.


"Push the Sky Away"