What Did We Learn In Black Metal History Month? 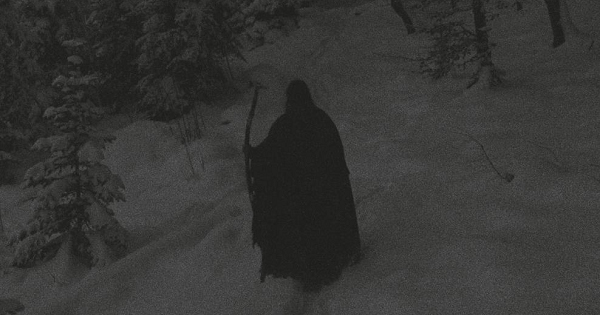 What we learned this year's Black Metal History month is that Totalselfhatred still rules just in a different way. That Mercyful Fate have the mood and sincerity in their music that helped make black metal what is is today. That the old classic Darkthrone might have been a ground breaking sound, but far from perfect when it comes to song writing. Writing songs that hold up as well over the years as Maiden or Mercyful Fate. Yes, I know Iron Maiden is not black metal, but the genre you are in should not dictate how well you write a song. I won't accept that's good for black metal. Be good no matter what you play. You can vomit up grind core, but make something that is your own and makes people want to hear it again.

I learned while scouring the inner webs for new black metal to cover that death doom seems to be a big trend this year, as there is a ton of it coming out and you just haven't been hit with it yet. That there are still many black metal bands coming out doing something new and interesting and some shitty ones that are just making noise. This can be said for most genres but like punk when it's ok to put out lo-fi product, people think anything works. But there is hope for black metal...we think. That hope might be challenged as bands like Taake allow themselves to be bullied by social justice warriors. While no one wants a Nazi, America continues to be intolerant of accepting the rest of the world doesn't think like they do. The whole melting pot concept for a country is still new in the grand scheme of things and rushing to defend the world might not be a good idea as we are starting to see America heading in the direction of Rome. Of course America run by collective ego refuses to see this instead they continue to run their corporation into the ground. Older countries have learned being neutral and isolating might be the way to go. Dwarin's theory is at work in the world, so why bother saving those better purged of a planer under the plight of over population. In other words to bake a cake you gotta break some eggs. But in order for that to make sense you have to accept other perspectives or it's you who is intolerant.

What does this have to do with black metal? Why did you go off on a rant? If black metal not misanthropic? Is not isolating the key of misanthropy? Here is where we see who is a poseur and who holds to their beliefs. Do we want all the balls to be taken out of metal? If black metal bands are to sing out Satan, then what would Satan do? What would Satan think of Young and In the Way who were Taake's touring mates go accused of sexual misconduct. He if he was an entity might ask...How do you want a metal band to behave? What did Led Zeppelin get accused of ? This is more than likely a groupie who go buyers remorse and had some regrets about getting gang banged by a metal band. Black Metal is about spreading the darkness , which should never be a pretty picture. If you want the world to be a pretty picture, I think we have learned it's not for you.
Posted by Wilcifer at 9:49 AM