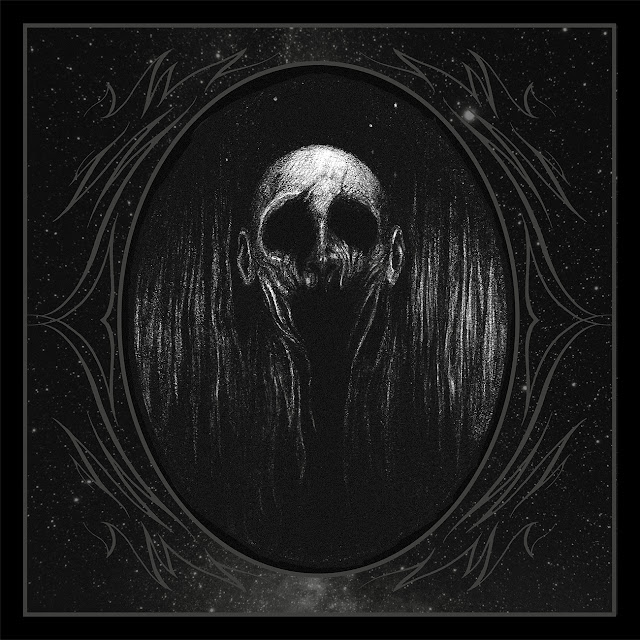 This duo have captured a classic black metal sound. In some ways I can not fault it for the wave of atmosphere it creates as I have to remember when I used to listen to early Darkthrone is was more about the droning feel of the music rather than the songs standing alone. The drumming is impressive though in order to create this feel they tend to lean heavily on blast beats giving things a uniform vibration. The vocals are tormented but call out in range throaty declarations. It is good things slow down a little for "Enshrouded" as this prevents things from becoming too uniform. If it had been another blast fest from the first note the album would have become a blur.

There is a good use of sonics on this album. It is almost as heavily sonically as it is metal.The drumming is more noteworthy than the guitar playing, but the album sounds good. Two minutes into "Enshrouded" it breaks down into a melodic section that has a hollow empty sound like depressive black metal. Though  in no way would I define this project as that. I think even at it's most straight forward black metal has a wider emotional range than death metal. They predictably blast back but it works though not excels in a manner that blows me away. So this album kinda cover black metal in it's most basic form and sets the bar for what I am looking for. This feels like black metal and I like listening to this, but it would not get me out of the misanthropic isolation of my room to go out and catch these guys live. However if they were opening for someone who was able to do that I would certainly watch.

There is a more aggressive buzz to the tremolo-picked guitars of "Omnipotent". It gets the job done , but doesn't redefine the genre. The title track is split into two parts. The first of these is a sweeping black metal with guitar providing melodic atmosphere while not relying on blast beats. By the end of the song there is a little more of a dynamic ebb and flow. The second part feels more like atmospheric noodling and with only a spoken word part it feels more like an outro than a song. Overall this is a decent album, very well done for what it is I'll give it an 8.