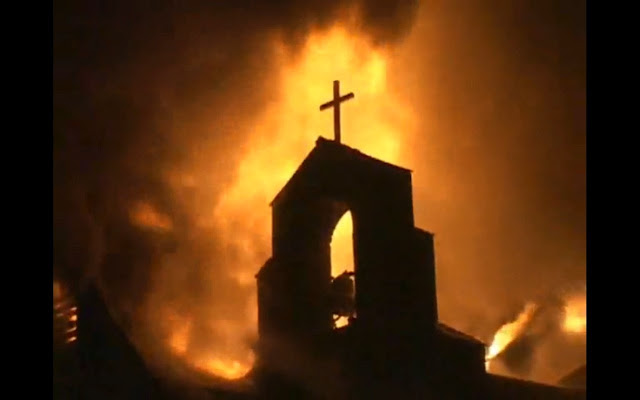 Over the past three years I have been celebrating Black Metal History month I normally welcome you to this and explain how this month is all Black Metal. Pretty straight forward right. Well I think we need to first establish what black metal is and isn't. What does it stand for? It is more than just blast beats. It is more than just corpse paint. I think with the right feel and attitude it doesn't have to have those things. I think the most important word when it comes to black metal is not satanic but misanthropic. Misanthropy is the general hatred, dislike, distrust, or contempt for the human species or human nature. So being involved in any politics that is not anarchy is not black metal. Caring about #metoo is not black metal, because black metal doesn't give a shit about people, it feels people are a disease. Morbid Angel's last album was more black metal than what the bulk of American Millennials are trying to call black metal. It was ancient gods waking up because they were pissed about the world and wanting to wipe out humans. Lets face it the world is fucked and deserves whatever it is getting.

If asked about my political leaning I would say I am in favor of whoever is going to bring about the total annihilation of all things and reduce the world to primordial ooze. But you and your family will die too. Oh well, I have taught my daughter everything will end so live for today. A concept too big for an 8 year old mind, but she know people die and that is how the cycle of life goes. Black Metal celebrates the end. It can also wallow in despair. It should summon the darkness and want it too engulf all things. If that is not what black metal is creating in one way or another it's not black metal. The tone of the music it self should be creepy and dark. If it is just raw and fast , then it is punk. If it cares about politics it is punk. All people are shit no matter the side ...should be the message. The church burning of early 90s second wave black metal , where more about the adoption of western religion and how it violated the true state of the land. Most of the people behind those now live in remote parts of Norway tucked away from the rest of the world and humanity. This is black metal.

It's fine to delve into the occult, satanism and any topic that ultimately worships darkness. It is fine to have a connection to the land you are from and breathe in nature, that is not mankind. It can be many things but needs to tie into the misanthropic core in some way.It's isolation not unity. It is a lone voice in the dark. We are going to hear from at least 30 different black metal bands this month. There will be many different flavors , but it needs to return to this.  It's easy to be a poseur and think it's cool. Fortunately hipsters have pretty much moved onto to other things. There is no denying the impact it has had and it thumbprint has influenced many genres, but what separates black metal from imitators in misanthropy.
Posted by Wilcifer at 6:19 AM