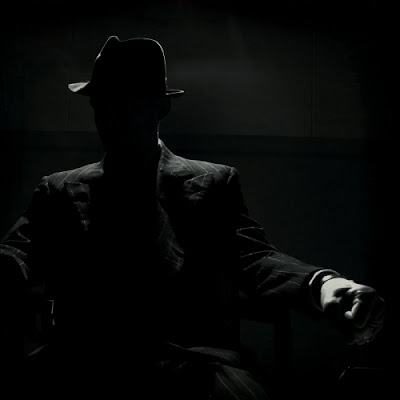 These guys have met at the cross roads of varied genres for sometimes. The consensus is these guys are sludge, though they have played black metal projects individually so that influence is there. They blend sung vocals with screamed vocals that are at a higher pitch bringing another comparison to black metal. There is a powerful metallic chug to the opening song, that makes it clear this heavy though murky as to what is being made here aside from metal. There feels like the grooves are to refined to be sludge. It almost borders on Myspace metal styled hardcore as the refinement of the riffs in some cases is a refined as say Atreyu. The way the guitars are layered sometimes it's hard to tell if they are using synths or heavily effected guitars.

There is a more rock n roll feel to "Galactic Brain". The vocals are sung in a tough baritone giving it more of a Corrosion of Conformity feel. The harsher vocals do come in before going back into the verse, but I would not call it a chorus. "the Streets of Bombay" starts off sounding like it might go in a more prog direction, but evens out into a more sludgey groove. The harsher vocals sound less black metal on this album. They throw down some pretty mean grooves that have rock sensibilities. Not so sure of the lyrics to "Actual Human Blood", but the guitars sound great. The screamed vocals work a little better than the sung vocals on this one. When "Smiling Knife" actually kicks in it's pretty heavy, though tinged with odd angular quirks. There is a more jammy middle section to this one with a solo that compliments the song.

There is a good thick groove to "Furious Gold" the production on this album might be heavy handed but it's hard to argue against this song. Without question it's more accessible, not at a Mastodon level but heading there.Though I am fine with this on a song like "the Frozen Crown" where drive and melody are given equal measure. "Chloroform" closes the album with a marginally darker shade. It's not the album's strongest song but it's not bad either. Right now I'll give this album a 9 and see how it grows on me.