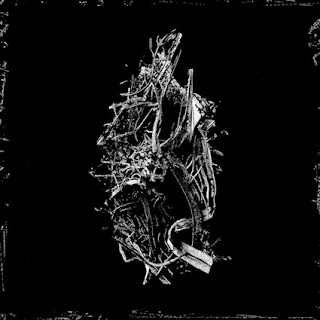 This is the first album from this band out of Portland. They try to be so dense and intense it threatens the definition of what is music. Any where you look it says their lyrics are about sexual depravity. While that sounds great, they are screaming in English and you can not under a word they are saying. Mostly blast beats and the dual screams of lower death metal gurgle and a higher vocal that sounds like they are clearing their throat. Its a good thing their songs are short as it is really hard to take more than a couple minutes at a time as each song seems to be more chaotic than the one before. Very raw to the point of the distortion and feed back causes power violence buzz or electric fuzz. "Black Blood in Mockery" is unable to distinguish it self from the song that came before it and continues to be a blur of noise.Almost to the point of it being hard to really find any redeeming quality.

They allow a bass line to ring out and provide the first breathing room on " Perverse Divine" . This is the bands first musical moment. It shows less is more from these guys. You are of course waiting for them to take a chainsaw to it. The blast back into what they have been doing previous to this on the song that follows, which at this point is like naming your farts for me to list song names. It had more in common with dropping a washing machine down a stair well than it does Darkthrone. It is dark enough and blasting enough to qualify as black metal. They bring it back down to trying to tune their bass on the second to the last song. Yelling the vocals more than growling them. You still can't make out anything they say. The title track is more of the same that we have already gotten from these guys.

So do you like noise ? I prefer music. I'll around this album down to a 2. It might be the lowest score I have giving a band. If you like noise, I would suggest that while you can round this album up to whatever you want you are more likely to benefit from sniffing glue and beating your self win the head with a hammer.