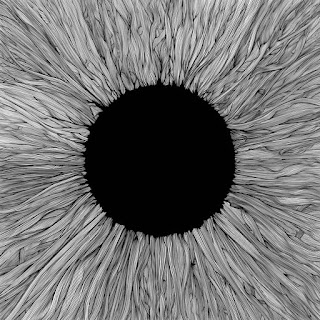 This band out of Denmark plays a very melodic and accessible brand of progressive metal. The vocals being so melodic it almost is not metal. The throw lots of djent like grooves at you. The vocals ride the guitars. They are a plaintive tenor that sometimes runs through auto tuned filters of effects to create a more modern sound. They pack a harder punch with the crunch of the second song. I like the way the effects are used on the vocals here. It reminds me a little of  newer Cynic. For the sake of soaring dynamics the chorus is brighter than I might prefer. I was waiting for the third song before I started to predict the overall tone to brace for with this album. Is the drumming great? Yes. But that is not going to make this album any darker. The pop inflected vocals are part of the problem here. Though I like pop music and even combined with metal it can work. It is not to say it is not working here, it is more of an issue regarding is this the kind of music I like .

The kicker is this is often more obtuse than it needs to be. If you are going to have vocals leaning in a more pop direction then commit to the hooks. They are effective at providing a contrast to the some time crushing riffs like the ones that open "These Black Claws". Katatonia uses a similar dynamic but it works better for them due to the fact they are darker and you can feel the depression dripping from Jonas' voice. "Freak" is more of a ballad. Almost like Pain of Salvation's more mellow moments.  "Napalm" has more movement. With the groove the vocals have more to latch onto thus a much better song. By the time we get to "Future Bird" they have begun to make me think of Dredg. But not as catchy as Dredg.

The first  song that strikes me as heavy in the midst of all their progginess is " Stone Leader Falling Down". The vocals are lower which add menace even though they are not aggressive. The same can not be said for "Inside Your Fur" , Which looking back from the title could be about sex. It has some groove to it but is not what I would call metal. I will give this album an 8.5, they are skilled at their instruments , the know how to write a song  even if they do not always capture the preferred vibe on my end , but this album does what they set out to accomplish and if you are into melodic proggy hard rock you will like this .