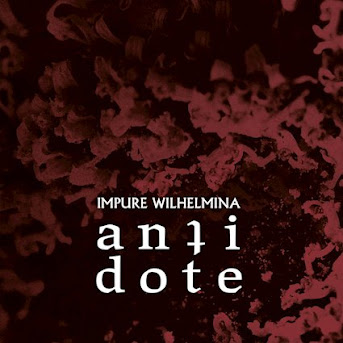 A friend of mine told me I might like this and I can see why he said that. I finally managed to listen down and give this one a listen after it had been in my in-box for a minute.  After a fairly kinetic wall of sonics the vocals come in. This is where I had to go back into my email and read the band's bio because I thought perhaps this was the singer from Dredg in a new band. Nope, these guys have been at this for 25 years. Needless to say they know what they are doing. I am sure their sound has evolved over the years as I can hear traces of their hard core roots. This sometimes hits a spot that brings Thursday to mind. The second song has a more aggressive and metallic attack with the guitar but it is not until the more explosive dynamics of "Dismantling" that it gets heavy . They go into harsh vocals here.  The more depressive melody of  "Gravel" is my favorite song so far.

Piano takes center stage for the dreary ballad "Jasmines" . I can hear where some new wave comparison might be made here. It build into more of emotional rock drive as the piano fades. The song flows well.  It is clear this is a guitar band by the time we get to " Vicious" as the guitar does way more of the work than the vocals. Sonically what I want from them is the moodier tones that pour out of "Torrent". They do not mess around with "Unpredicted Sky" as it comes out of the gate with harsh vocals . T o be honest ,and regular readers here will not be surprised by this statement , but I think the darker moodier songs feel heavier than when these guys go for a more overt metal sound. To their credit the song does have some dynamic range to it.  The melodic vocals on the chorus might follow a formula when it comes to modern metal, but they do pull things together well.

The title track is an instrumental. It has some great guitar work, but would have been better served as a part of another song.  They are back to the darker sound that serves them better on the last song which is a good way to end this album. These guys are really good at what they do , I will give this album a 9 despite the fact I am unsure how much time outside of reviewing this album I am going to give it . I already have a lot of stuff like this, but they certainly succeeded in what they set out to do here/  .