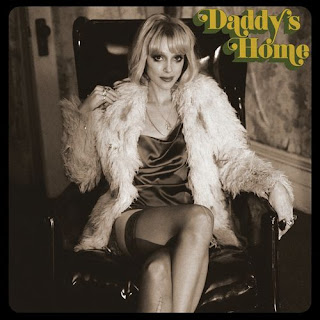 Well this is a drastic change for her. The angular Bowie like guitar is missing and has been replaced for a more soulful Prince like vibe. It takes multiple listens for this to fully sink in for me. If you think about it I guess this might be her Young Americans album.  This organic 70s vibe even invokes Joni Mitchells more jazz influenced work on " Down and Out Downtown" . There is a folkier strum to the title track that also has blues based slink to it. With trippy atmospherics continuing to drips from the corners of every sound. While she has created quite an elaborate sound for herself here , she has not let it take precedence over the song writing. "Live in the Dream" pushes the narcotic hypnosis of the psychedelic overtones even further . The vocals drift more like Pink Floyd.

"the Melting of the Sun" mixes all the elements I just mentioned into something perhaps both catchier and more surreal .  'the Laughing Man" is much mellower. This makes me wonder who smokes more pot St. Vincent or Lana Del Rey. I think Lana because she is too stoned to really want to layer her songs like this and sticks to much simpler pop fare so she can take naps in the studio.  There is more of a funky groove to  "Down" when it gains speed. It carries an oddness to it that reminds me more of her earlier work.  It is not as catchy, though so well done this is largely forgivable. She makes up for this on "Somebody Like Me" that returns more to the Joni Mitchell like folk some of her melodies have flirt with . There is even some country inflected guitar. The melodies get further sharpening on "    My Baby Wants a Baby".

She backs way off and get perhaps to the albums most organic point on " aa At the Holiday" .It is pop music if we are talking the adult contemporary pop music from the 70s. She closes the album with a smoky ballad with tripped out lounge guitar. This less of an odd ball glammed out pop album and a very mature effort that was made with drugs somehow in the mix. I will give this a 9.5, as I have already gotten several listens and played it for my wife who is not familiar with her work and it won her over ,she also agrees with the Pink Floyd comparison.