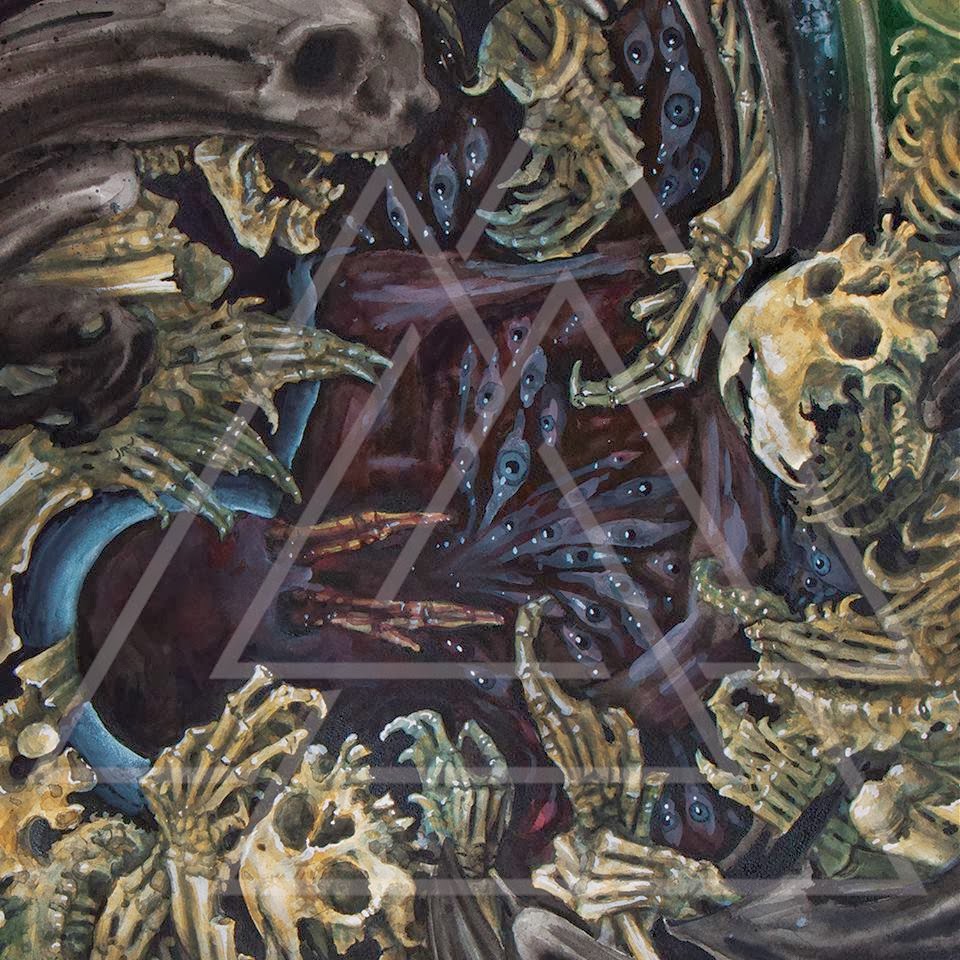 Much like Cynic who we recently reviewed,  Twilight finds them self looking up at the bar they set very high for themselves, as this third album follows up 2010'a " Monument to Time End". At one time this could have been said to have been an American Black metal supergroup, this album finds many of the black metal elements stripped away for more angular sludge ones.

The reason for the shift in style is due to the line up changes that find Blake Judd gone from the fold. Judd's replacement is Thurston Moore from Sonic Youth, whose addition is getting this release a fair amount of hype and from my first few listens of this album I  can say the material was written to fit Moore's style more than he is having to adapt to playing metal. To be honest the actual metal moments on this album are few and far between, it is taking me some getting used to, so lets dig into this.

The opener "Lungs" is more of a sloppy noisy ruckus that the Jesus Lizard might raise. It plods along at a much more Neanderthal like sludge pace. There is a cool feedbacked guitar melody that rings out along the perimeter of this fuzzed out pounding, but not a blast beat to be found. The metallic tinges of industrial percussion filling up the back drop sound like they are from a Neurosis album. In some ways this album reminds me of the Corrections House album that came out last year, though it is more song oriented.

"Oh Wretched Son" has its fair share of creepy dissonance. Its darker but the vocals are the most metal element going into. Wrest's gurgled rasp isn't compromised, he growls with as much agony as ever. The angular guitar sway over the chaos being drummed up around them. It is trancey at times and the first hint of a last occurs about two minutes in. The guitar tone is very different overall on this album, to accommodate Thurston.The lower more barked vocal bellows like Neurosis , and the riffs get beefier when this song builds. This song does come closer to the band's former glory than the opening track.

The album digs darker with the doomy "Swarming Funeral Mass". The industrial lite repressive elements clang up a storm on this song as well. The ominous nature of the atmosphere is much more convincing here. While its not black metal it is a reasonable facsimile of heavy. The almost funeral doom guitar melody that lingers in the background is pretty understated.

Where the band comes up against a hard place when it comes to meeting the expectations set by the previous album, is by and large the songs do not have the same flow and fury "Monument to Time End" has though it comes close to recapturing a similar feel at the onset of "Seek No Shelter Fevered Ones".  The brooding darkness seethes until the mood is ruined by the punk rock beat that it goes into instead of a blast beat. It's the very stiff snare sound that I hate about punk rock and sounds too amateurish for this band to be using.

Though in a different way than Sonic Youth, reckless noise casts an abrasive light on the bulk of this album though its most pronounced at the intro of "A Flood of Eyes". When the song actually takes off it finds its metal footing once again. Though they are not coming from the same place they have in the past. The guitars layers work in a more effective manner here to create a tapestry of dark density, that still haunts you, so we now know the band is capable of recreating what they have done they just feel the need to be hipsters around Moore. Even the blasting returns on this one which is one of the bands few black metal moments on this album.

More industrial abrasion surfaces on " Below Lights" the riff is very corrosive and angular, almost like old Swans in its jarring nature , just not as dark. It builds into a Crash Worship like clamor , but would have been left better served as an interlude than taking up space trying to pass for an actual song. It would have worked better if Moore had enmeshed himself in what this project had already perfected rather than changing to fit his playing as it had created a rather luke warm album that falls way short of the bar they already set.