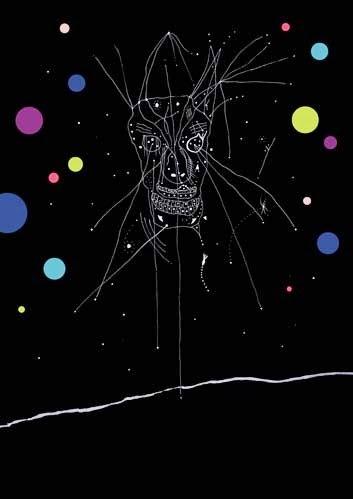 The first album since 2011's "Honey Suckle Aeons" and it's turned into an even like this is a Leonard Cohen Tribute concert, as they have dragged out a who's who of the Avant garde elite, as this album features guest spots by Nick Cave, Antony from Atony and the Johnsons, and John Zorn.Not that guests appearances are
out of the ordinary for them as Bjork and Wil Oldham have both appeared on releases .


I can never shake Tibet's days with Psychic Tv, so they seem like one and the same at times. Sure I share a similar spiritual path as Tibet, so I have all the respect in the world for the guy, but the first listen to this one it seemed better back ground music than songs. With Psychic Tv, Genesis will always rein the spooky eccentric poetic parts in with some trippy melodies where these songs as allowed to wander.

True , I don't drop acid any more. If I was to...I would this album out again to see what I am missing. There is a jazz feel to the first few songs. Over the years these guys have been labeled all sorts of things from industrial to folk, members of Death in June have been a part of this project, so it goes with out saying it's going to be dark. I would call this shadow jazz, if asked to create a genre for it. David Lynch should be all over this when he remakes Twin Peaks, it sounds like Tibet got really tripped out and wandered into a jazz jam and grabbed the mic and they all filled in the cracks behind him, I think this works better on "Those Flowers Grew" than the more spectral opener.But at eight minutes this loose jam could have been reined in by a more sober mind.

The poetry continues to flow in it's abstract flow on " Kings and Things" . The female vocals trace over the skeleton of the song.  I can hear the correlation between Tibet's lyrics and Crowley's poetry. As a poet Crowley worked better when channeling other minds from other dimensions or in a more ritualistic fashion. I think psychedelics is what these songs are channeling, in the even he is sober as a judge year then it's the damage of hard living speaking through him.

By the time we get to "With the Dromedaries" it seems the dreamy twinkle of piano is going to be the only constant accompaniment on this album. The lyrics on this song are stronger than the rants of the first few. The percussive elements wait a little too long to come in during the song's final minute. The first ditty that really comes together like a real song  is " The Heart Full of Eyes" the piano takes on a more exotic scale with the drums and guitar simmering in the background . His seeming free flowing proses , fills in the gaps here rather than having to hold the full weight of the song on their wobbly nature. Feedback darken the corners of the song without the guitar really making a rock presence felt.

This album requires an appreciation for drone and hypnotic noise. These hymns to the wild mind pour out in fountains that are formless.Antony's voice on "Mourned Winter Then" gives the song a little more focus , but then it stops sounding like Current 93, as it's a cosmic catch 22. This comes closer to baroque folk than anything thus far on the album, shedding the jazz like feeling the other songs took on .

There is a more brooding rock like storm building at the beginning of " And Onto Picknickmagick". Flute gives it a more prog rock trapping to the boiling background that bubbles to life.I think the potential for tension this song could have developed is lost when it fails to dynamically latch onto a crescendo. "Why Did the Fox Bark" opens with a hint of noise and metaphysics, it finds where it really wants to go in the lilted piano line that runs smoothly under the prose. This time it's more fluid than earlier attempts.

An actually groove erupts on " I remember the Berlin Boys" and I think why wasn't this happening the whole time.It has a cabaret like swing to it. There is also a more jazz like and reckless interplay between the piano and the drums on " Spring Sand Dreamt Larks" , but it's not as graceful in execution as the previous song.

The album closes with the Nick Cave number " I Could Not Shift the Shadow", I am not sure what he was asked to do but I more crooning and less of a gravelly spoken word thing would have made this more of a song. The whole "bury your naked church / into my mouth " line works well to take the album out. I'll give this album a 7.5, round it up if you like doing drugs and listen to your crazy uncle read esoteric poetry to you.

Email ThisBlogThis!Share to TwitterShare to FacebookShare to Pinterest
Labels: 7.5, album 2014, album review, antony and the johnsons, Crowley, Current 93, dark folk, I Am the Last of All the Field That Fell, john zorn, nick cave, psychedelic, Pyschic TV