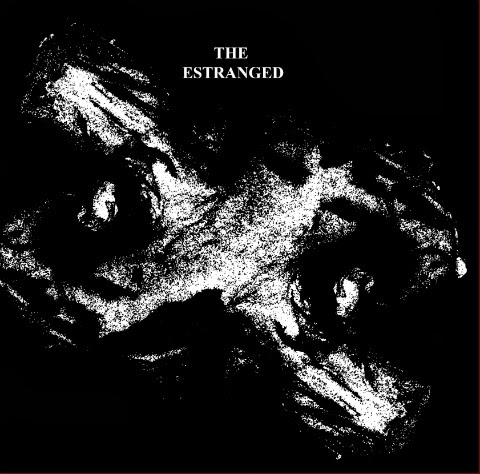 Portland's The Estranged have created an especially compelling take on the post-punk rebirth. Where most of the bands coming out these days dressed for 80's night tend to take on the cold distance of Joy Division, this band's album has a very organic warmth to it.The emphasis is more often placed on the punk in post-punk, and veers into the blurred lines between rock and punk as these guys pull from influences outside the batcave, you can hear strains of "Paint it Black" in "Hide" and they go after their songs with a much more rock n roll attack. This also leads to more punk moments, some in a more New Model Army sense others in a more straightforward fashion.

On "Fatalist Flaw" I can hear echoes of "Gimme Danger" by the Stooges, if sung by a young Joey Ramone in one of his more crooning moments. Sure the new wave era is an element but always through a filter of punk with hints of the Dead Boys and the Clash. The vocals stay in a croon, thats rather tuneful in the day where every band is paying tribute to the monotone delivery of Ian Curtis, which is great for Joy Division, but they seldom capture the same desperation, since they have yet to hang themselves. The vocals have more hope to them than most.

The bass player really gets the job done and works over time to establish the same kind of muscular grooves New Model Army utilizes. Melodies are always maintained, the guitars linger at the edge of dusk without really being dark, like the more goth leaning post-punk. I can even hear faint hints of early R.E.M , the jangle of the string being picked out.

The more clanging ring of guitar dominates "Mark of Sin" , with the urgent vocals taking on more of warble,like the college rock of the 80's coupled with the punch of Gang of Four."Over and Over" that on more of a old Cure like tremor , but generally speaking the band has less of a Cure feel to them than what I had read about them before hearing the album. Here it's a more along the lines of say "Hanging Garden" in the way the drums cascade.

The Police like staccato bounce of "Play For Keeps" is a lot of fun."Another Stab" races along at a frantic jangle with the vocals accenting the kinetic pace.The album closes on it's dreariest note with " the Ride". It retain the upbeat pace that permeates the album, but the bass holds more of slink against the choppy guitar work and more melancholic vocals.

I'll give this album a 9, it's fun and good to hear another take on the genre, it's more rock n roll than what I normally listen to and not as dark either, but still manages to earn repeated listens,