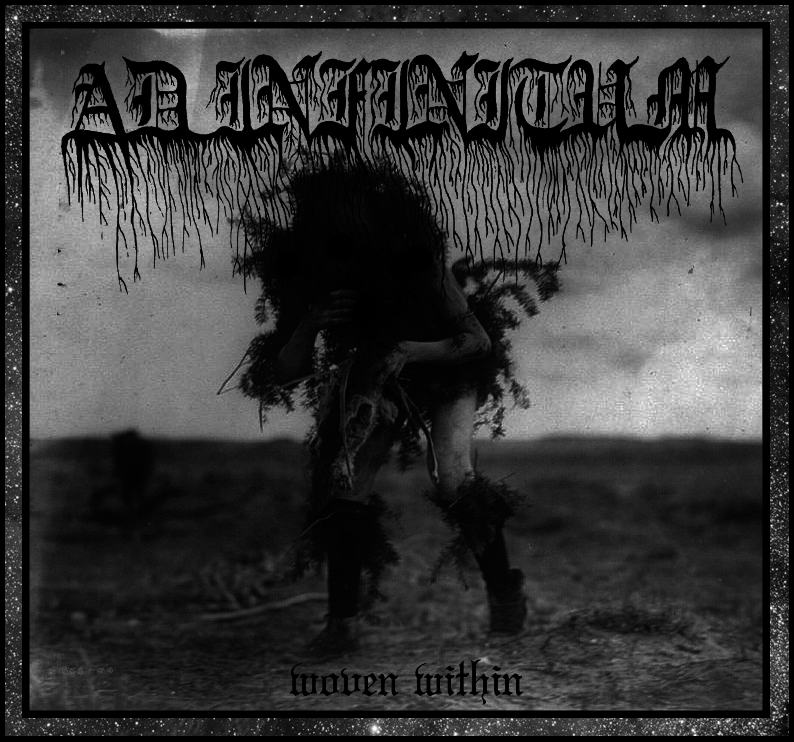 Ok, now there's only 21 black metal albums left to cram into the black history month...or in this case black metal history month, though rather than looking back at where black metal has been it's history seems to be reflected back to it in new bands...or one man projects as the case of this project. The one man band seems fitting for black metal due to the genre's misanthropic nature.

This is one of four metal bands that use this name, two of which are from the United States, this project is based out of Kentucky, which is impressive as this feels like it was created somewhere much colored and less colored by the restrictive tendencies many southern metal bands have to not progress much beyond what ever last year's trend was.

This album take me back to bands like Cold World and when the Depressive Black metal scene was starting to gain momentum in it's early days. It is more atmospheric I suppose if we are going to count straws as the vocals lack the sniffling and gurgling that most DSBM  has and it sounds like the cold distance it creates is more of the emotional intent than self deprecation. Not as bad  as most of the earlier "ambient" or "Atmospheric" bands in over indulging themselves in keyboard sections that drone on, the song writing is normally  focused on keeping the songs moving. There is one three minute instrumental interlude and the  albums closing song "Surfacing" is a 12 minute synth drone. The actual songs that do more than drone are pretty worthwhile.

Songs like the "Observer" lock the guitars onto a drone and hang their in a hypnotic state of suspended animation. The vocals throughout the album are in the Burzum like mid range snarl, and coated in enough over drive to sit them into the guitar mix where they serve a layer of white noise, rather than conveying any lyrics.Some snarls are more accented, some are drenched in delay and add another coat of ambiance.

The title track is pretty punishing in it's straight ahead past into the gray landscape this album creates. When the riff shifts into a lower register the guitar takes on the more droning sensation it established and maintains for the bulk of the album with varied themes of melody tracked over it.This guy is good at the arrangements, in the sense that rather than verse chorus it works in movements of ebb and flow where the sonics take slight shifts.

Overall the mood that is created here is great, despite the few lapses in to synth over doses. I'll give this an 8.5 , it is much more black metal than alot of the genre mish mashes we have come across this month. Until the 200 download per month limit  is reached on Bandcamp the album can be obtained for free on their page and a limited edition pro-dubbed cassette version of the album is going to be released for all the mega -hipsters who are reverting back to tapes.