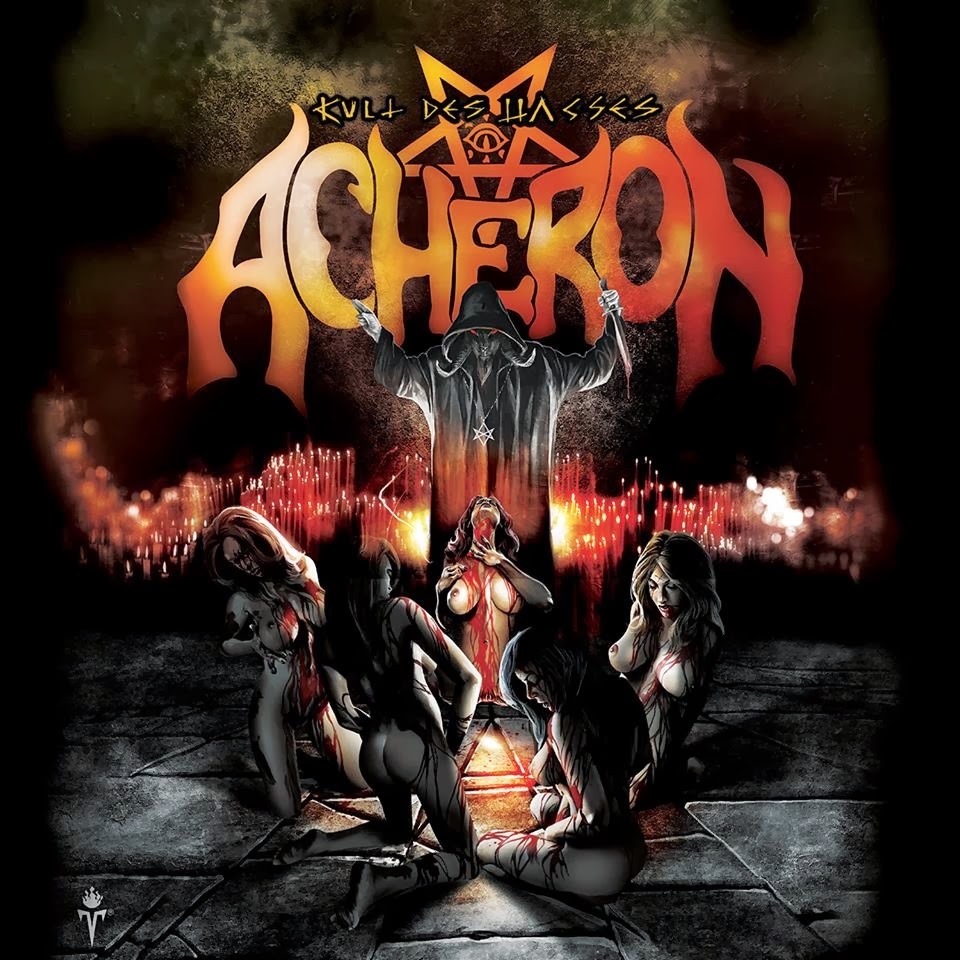 I go back to 1992 with Vincent Crowley. When they came out around 88, I would have said this was black metal, as these guys or say Impaled Nazerene were satanic death metal , that was even darker than Venom so it only made sense at the time to think of them as such. The only and only album I have owned by these guys was "Rites of the Black Mass" which got a lot of play from me in high school. Even back them , I knew they were Morbid Angel rip-off's, but were darker and more melodramatic, creating their own rituals rather than growling a bunch of Lovecraft gibberish, which I later came to enjoy. At the time the fact Crowley was a member of the Church of Satan, is what won me over as some where around Seasons in the Abyss, Slayer came out and said all the satanic trappings they used were just a gimmick.


These guys still worship at the Altars of Madness, but crafting it in a more mature and masterful fashion/ There are moments which by todays standards fall even short of being death metal, like the groove heavy "Jesus Wept" which sounds more like something Lamb of God would do. The riff to "Thy Father Suicide" reminds me of Twisted Sister's "Captain Howdy". But even with these moment, and perhaps especially due to these moments it makes me wonder why these guys are not bigger at least in their respective genre than they are. They guitar playing in pretty top notch and drumming certainly holds it's own in a genre where drums are an athletic event as much as they are an artform.

The do keep up with the times and still have the power to blast through a song like "Misanthropic Race". It's pretty straight forward considering where the more extreme genres of metal have gone and finds it's self falling much closer back to death metal than they would like to admit in the days when every thing is black something as we have seen here during our focus on black metal in black history month.They are more focused on songwriting than the bulk of the tech bands and their solos have more form and function than even Morbid Angels'.The most black metal moment on the album feels to be "Satan Holds Dominion" which comes the closest to what we think of as black metal today.

I'm all for a little misogyny in metal, it gives it a more barbaric feel, lyrically "Whores and Harlots" has this in spades and the verse riffing is tightly syncopated making for stand out songwriting. They take on the fury of Deicide but keep it more melodic and have a bass line that you can actually hear on "Axphyxiation". The album closes with the punk/rocknroll feel of "Devil's Black Blood' , where they dumb it down into a more Motorhead/Venom style of playing. But you can't say this album doesn't have variety to it, which is more than can be said from many bands who just focus on heavy and all their songs end up sounding the same.

I am pretty impressed with what is being done here even if at times it is not the most original, but no body has ever said these guys were going to reinvent the wheel, what they have done is created one that is well made and thoughtfully crafted.The albums only draw back is at times it is almost too straightforward for my tastes these days , though as a teenager I would have no doubt given this album a ten all the way as it stand I am being generous with high hopes this will grow on me to round it up to a 9, but these days Morbid Angel doesn't sound like Morbid Angel so these guys can claim the empty throne.