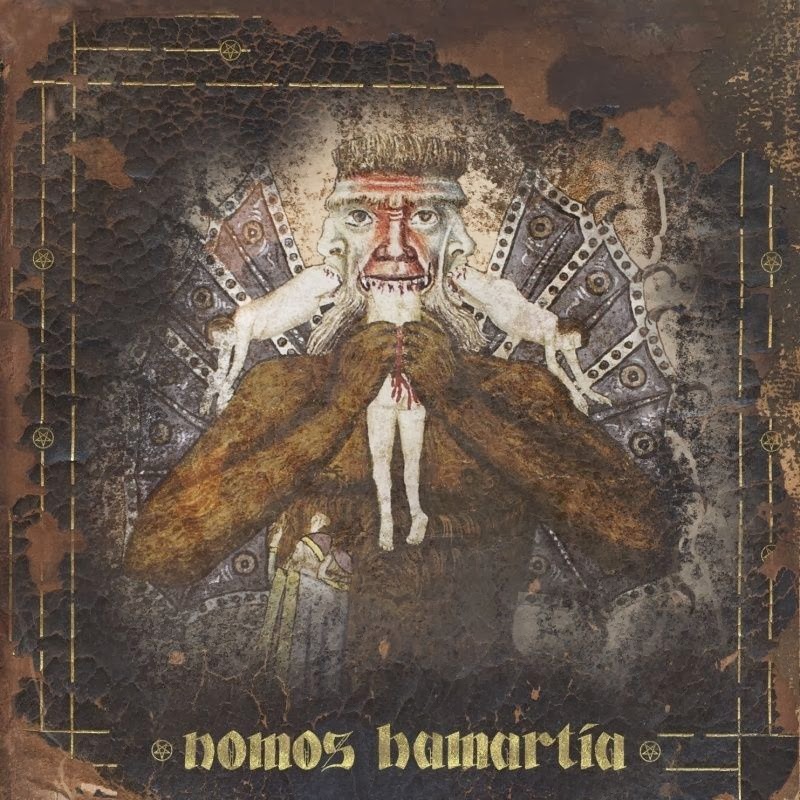 It's getting harder and harder to find black metal bands not intertwined with death metal. This German band is exception having got their start as a death metal band and then changing with the times into their current incarnation. These guys don't shun atmosphere, where most of their country men tend to keep things rather stiff and militant when it comes to the blasty side of things.

Despite having been together for so long this is the band's second full length. It's also the first to include their new bassist Robert Blockmann. The clean vocals on the second song are the first thing that really convinces me these guys mean business when it comes to committing to expanding their creative boundaries. Even though this type of low goth moan is not new to black metal, to me it's a gesture of good faith that they want to actually create music and plow you over with bombast.

There is a sense of melancholy to a song like "Ante Bellum" , but they tend to storm the gates too often in their powerful gallop to really fit the modis operandi of Depressive black metal.Even the fact that "Ante Bellu" is an instrumental doesn't bug me as it flows really well, in some ways reminds me of Moonsorrow, speaking of which what do we have to do to get a new album from those guys?

"Invertum" opens with a rumbling bass line and plunges feet first into this double bass explosion of epic blasting . When it does slow to swing into the more epic section of melody the song is most effective. "P.A.N Demonia" rips that a similar speed though swinging in the verses. At times  in some of the breakdowns you might even be inclined to lump these guys in with some of the Pagan Black Metal bands. There is that kind of viking metal quality.

They close out the album on a very dark note with " Codex Diaboli" it touches on that fine line I like where funeral doom meets black metal. Oppressive yet beautiful.This is another instrumental that I don't mind , though how long the instrumentals stay on my iPod when push comes to shove and I am trying to save space... well I don't know. It's not too big of a leap for me to round this one up to 9.