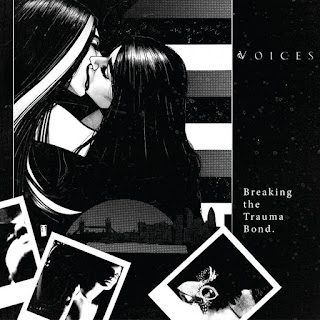 The first track is more of an intro and the title track is the first actual song. The drumming is impressive, while the progressive elements that haunted the previous album are still in place it is handled differently. It is a darker album but, in some ways, also more of a straightforward arrangement, yet in the grandiosity touched on in the first song, not as catchy when it comes to the vocal melodies. The drumming is totally next level and what drives the song, my ears keep getting drawn to it. "Audience of Mannequins" is much heavier, almost death metal in its direction. This may or may not be a concept album the lyrics do not stand out enough to press the point if this is the case. The more overt metal tendencies are also in play in "Lilacs Between' but handled in a way that is smoothed out by melodies most of the time, however heavier than anything on the last album.

'Ghost City has a cinematic grace that fights against the more forceful metallic impulses the band has let run wild this time around. "Petrograph " does a better job of adding groove to the heavy which works out for them in making metal work with the song in manner than is true to who they are. There are some odd angular touches but overall, it works in favor of song more than sound.  "Methods of Madness" takes a few listens to really click, but it is more progressive than not. It feels like a mix of Type O Negative and Opeth when they were a death metal band. "Running Away" is not a ballad but a softer touch that plays to their strengths more than the assault of "Absent Equilibrium".   That song winds itself around to a hooky melody but does not function in this hooky place as a whole which they are capable of delivering.  'Beckoning Shadows" finds more of a balance, but I think they shine more on some of the more Pink Floyd inspired moments like " My Sick Mind"

They prove they can be metal and stil bring out the best of their song writing on "Whispers". Things get really symphonic going into the 'Widower" the vocals are what save their more black metal racing tempo.  Perhaps they are trying to hard to be heavy handed is one thought brought to mind with this album, songs like "She Speaks to Him in a Dream" just work better with what they are best at. The vocals do not sound as sure of themselves but somehow it all manages to work on the last song. I will give this album a 9.5, it is more ambitious than their past work, though not as dark, but I guess that is the compromise.