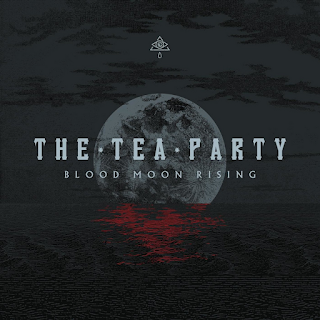 For a band that has flirted at the edges of progressive rock since the 90s this is a much more meat and potatoes take on rock. There is a more prominent Led Zeppelin, which is heard most in the drumming, but the guitar playing is more blues based as well.  Later in the album they even cover "Out on the Tiles". Martin stays in his melodious baritone. "Sunshower" reminds me of "Thank You. I guess if you are going to take inspiration from a band Led Zeppelin is one of the best. It is not until "So Careless" that I feel we really get to hear who the band is. "Our Love" steps away from the Zeppelin feel and is more of a ballad. But it is only two songs until that is cranked up again. The syncopated groove to "Hole in My Heart" brings this back.

"Shelter" works this in but manages to also be true to the bands darker side. The same cannot be said for "Summertime" which is perhaps a little too upbeat, it is not far removed from pop country on the radio until the more rock bridge.  Not sure what the point of doing a Zep cover on album that is already influenced by them. His voice is an octave lower, but they play the song pretty spot on. "The Beautiful" is a pretty straight forward song to the point that it could really be anyone. The title track allows them to continue down a blues based road, though feels more like what they do.

Speaking of what they do, it is odd after this most recent turn of events that they close the album out with covers of Joy Division and Morrissey. I obviously like the Morrissey cover better. It is just weird to thematically commit to one sound then turn to this which has more common with their older gothier ways.   I will give this a 9 as it is very well done and an even more impressive display of their prowess, though more rock and not as progressive.

Email ThisBlogThis!Share to TwitterShare to FacebookShare to Pinterest
Labels: 9, rock, the tea party