Biffy Clyro : "the Myth of the Happily Ever After" 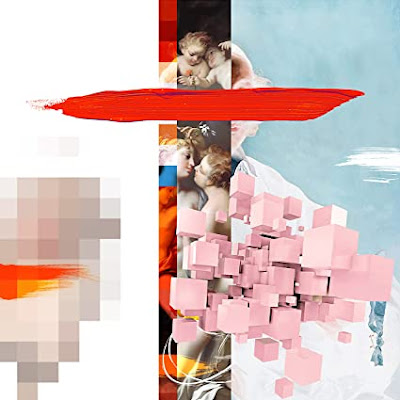 I really like what this band did on the tribute to the "Black Album". The album opens with a more atmospheric indie rock that is deceptive when it comes to the kind of rock they hit you with on "A Hunger in You Haunt". They are more like a Scottish version of Muse but less grandiose in how they lean into their prog tendencies. "Denier" has the energy the Foo-fighters go after their songs with, but less dumbed down. Though it does tend to wallow in the post emo radio tendencies. They then shift into pop-tinged electro alt rock with "Separate Missions", which they prove effective at.

They do not stray wildly from a poppier f el with "Witch's Cup", the guitar has kind of Polic like skip in its step.  The ballad "Holy Water" is heartfelt enough, it does not shake the Foo Fighters comparison, but when they chose to get more intense, they do so with greater magnitude.  "Errors in the History of God" is big and bright, it manages to not be too happy for me as the pop leans are balanced out. You get an idea just how understated and tasteful their guitar playing really is on "Haru Urara", when they drop down to strummed guitar it feels a little like dumbing it down at first, but I guess it works.  "Unknown Male 01" finds some balls as the big into a harder rock radio version of grit. Granted what is heavy and hard edged on this blog might differ from what a writer for Rolling Stone might consider heavy since we are more often than not a metal blog.

"Existed" is more of a pop song, but it is a well done with plenty of atmosphere. The last song also leans heavily on a more electronic dynamic that is once again counterbalanced by them rocking out. When it clinches up the aggression is slightly Nine Inch Nails in its feel. It is very dynamic, but that could be said for the bulk of album. The production is slick, almost too slick for its own good, but at the end of the day works. I will round this up to a 9.5, as it might need to grow on me in a few spots, but it by and large flawless .