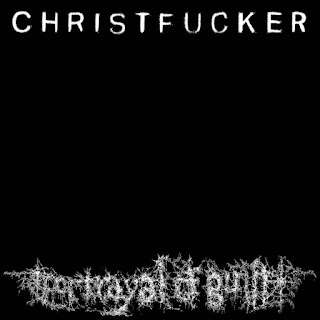 Most bands would be lucky to release something as dark and beautiful as " We Are Always Alone" , but no, these guys had to go and get even heavier and more dissident with this album that sounds like a discordant blend of indie rock with black metal vocals before the aggression overtakes it.  There no abbreviated grind core blasts of songs that are under a minute, at this point they are fully committed to song writing, even when it's a feral thrashing that they give you with the deliberate chug of "Sadist". They album is produced in a much rawer fashion. This finds the vocals distorting as they collide with the guitars.

You hear a more punk influence on "Fall from Grace" though it does slow into a creepy section. By the end of the song hard core tendencies are beginning to win out. "Dirge' is like many of the other songs here where it sounds like there is more of a black metal sound until the song unfolds and spits out angular grind core tendencies. "Bed of Ash " works more off noise in its deliberate stomp. 'The Crucifixion" is more overt in the punishment it deals to your ear drums.  It is darker than the previous song, though hard to sort through the layers of heavy on this album as a whole. There is a demonic layer of ugly coating this song. The vocals go into a lower gurgle for "Master / Slave".  This is a slower more groove-oriented flow of death metal they hit you with.

The riff to "...Where the Suffering Never Ends" reminds me of Bloodlet. They sludged out danger in how they ride the chug is pretty eerie. "Possession" starts off heavier handed, and then they develop the dynamics and give it something to ebb back down into. They work their way around to a pretty powerful riff that crushes skull of all who listen.  It is more death metal at first before into the kind of creepy excursions they have become more fluent in over the years. This builds into a devastatingly heavy riff.  This feels like they are either recording older songs or intentionally going back to what they used to sound like while this is still great and I will give this a 9 it is not as good as "We Are Always Alone" but what is?