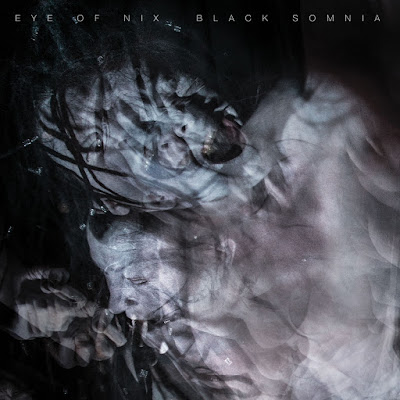 They have returned, this time with an even thicker atmosphere of darkness coating what they do. Front woman Joy Von Spain scowls harshly on the opening track . They blend gray fog of blackened doom with a staccato groove to create something that is not just more blast beats, even though they are sparsely used. When the song accelerate they do not abandon the pulse of the song.It slows in a more apocalyptic stomp toward the end. The guitar tone changes into more of a strum for "Fear's Ascent". She goes up into her more operatic soprano for this one. They build a tension even at this almost upbeat indie rock like pace. They hang on the groove they lock into her until slowing for dramatic punches when they step on the distortion for what might be the chorus if they were going for a more conventional song format, but instead it feels like this is written in movements rather than the formula of popular songwriting. I like the current of double bass that flows as the song begins to fade out heading towards its final moments.

The production is not as dense as the previous album. This space creates more room for a melancholy atmosphere to permeate the songs. They come back in with more hesitant ritualistic creep on "A Curse". This reminds me of Diamanda Galas in the exotic explosion of chaotic sound.  Midway into the song their sonic solve begins to coagulate as they build into the more more moving build . The drums going into an odd blasting where they music around it is more intangible aside from her growled vocals. "Lull" finds them ebbing back down into the strum of clean guitar. The sung vocals hover over this as the drone carries on for two and a half minutes into the song, before it builds into a monolithic sludge. Her vocals are mixed back against the guitar when it falls into a proper verse. Though the song is movements rather than adhering to the more typical verse / chorus arrangement. 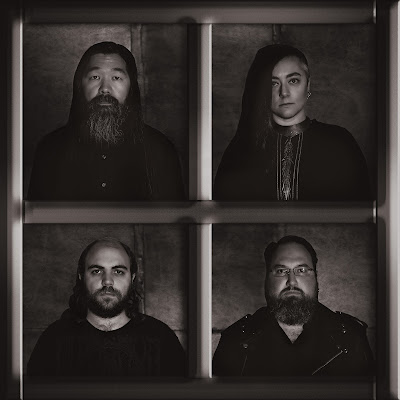 Von Spain's vocals go into her higher soprano and work as more of an atmospheric layer over the song's ebb and flow of loud to soft dynamics.Around the four minute mark things begin to congeal into a more driven climax. Her vocals drops a third to get meaner. The song falls back into an oddly relaxed pound. The double bass at the end of the song is pretty impressive flex of the drummer's chops. The pounding is less relaxed and more ominous on the album's eight and a half minute closer. This is still a respectable time frame, as they do not abuse this by droning too much on any one section. This song has a stormier more metallic feel to the way it rages at you.The drumming once again shows tremendous growth. I'll give this album a 9. It's a darker, heavier and more confrontational feel. The paint the sky black with the apocalyptic tone of these songs that never fit neatly into one sub-genre. Where their previous album hooked you in on first listen this one grew on me with it's intense density, but continues to earn repeat listens . This album is released December 15.